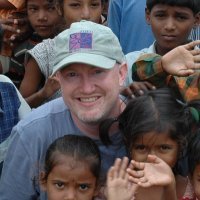 TRAFFIC JAM is a campaign started in early 2004 to raise awareness and involvement to fight the trafficking and enslavement of children around the globe. TRAFFIC JAM mobilizes musicians and fans to speak out against this grave injustice. Since 2004, TRAFFIC JAM has invested in trafficking prevention/aftercare programs in over 70 countries, using community-based solutions that empower nationals to provide security and hope to their communities.

Their mission: To “jam” up the traffic involving the widowed, orphaned, abandoned, sold and vulnerable who are often forced into horrific lives of labor or sex slavery