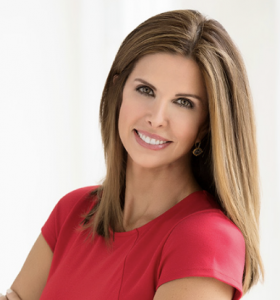 IDA Founder and President, Wayne Connell, had the opportunity to share his passion about those living with invisible disabilities, with News Anchor and Journalist, Stephanie Riggs.

Wayne and Stephanie talked at length about his wife Sherri’s story and how IDA is reaching out to others around the world. Stephanie seemed thrilled to hear about IDA and learn about those in which IDA touches, as she has a heart and love for people, especially those living with various life challenges.

Stephanie has an award winning background as a local TV news anchor,  journalist and author.  She anchored the news for more than 20 consecutive years around the country and has earned dozens of Emmy Awards. Just a few of her awards include: An Emmy Award as anchorwoman for #1 rated evening newscast CBS Denver, two time recipient of the Journalistic Enterprise Emmy, two time recipient of the Colorado Broadcast Association’s Citizen of the Year for Community service, Pepperdine University’s Most Distinguished Alumnus and Producer of five documentaries honored in The Museum of Broadcast Communication.Since 2007 Stephanie has been hosting Denver’s Movers and Shakers on VISTA TV Denver and in 2010 she developed her own call-in radio show, Divine Calling with Stephanie Riggs on 94.7 FM KRKS.Learn more about Stephanie at: www.StephanieRiggs.comRead More Stories About the Amazing People IDA has Shared with About Invisible Disabilities