My Disability May Be Invisible, But I’m Not 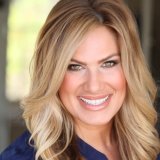 When most people are sick with the flu or a fever, they become pale and droopy and their hair is in a tussle. Therefore, when we meet someone who tells us he or she is ill or has an invisible disability, but he or she does not appear to be sick or in pain, we are often perplexed. Despite their appearance, we must realize that there is a difference between having a temporary cold or the flu and living day after day with a chronic illness or in chronic pain.

Many chronic conditions and disabilities are not as noticeable as a bad case of the flu. For instance, a person can battle symptoms such as extreme fatigue or cognitive impairments on the inside, even though he or she may appear healthy and well on the outside. Just the same, a person can have horrible pain or dizziness, despite the fact that he or she may seem strong and able.

IDA Ambassador Hannah Andrusky is someone who looks amazing and healthy on the outside while battling from injuries on the inside. In January of 2012, a serious car accident sidelined Hannah’s career as talk show host and stylist, as well as her confidence and self-esteem. Her ‘invisible disability‘ of concussion syndrome left her depressed, exhausted and even suicidal. Hannah’s medications caused her to gain weight and have severe mood swings, contributing to her lack of equilibrium on many fronts. A single mother and a daughter, her caretakers often had enough of the resulting behaviors.

Oftentimes, the disbelief is magnified because the person with the illness tries to put on a brave “I’m doing great” face, especially around doctors. Nobody wants to look sick. But Hannah learned that she needed to show how the accident had really impacted her, so that her neurologist could see the real extent of her injuries. Hannah writes in Living the Invisible Disability:

“I was very frustrated. He had always told me he would keep me under observation for a year and see what happens. It had been a year and a half since the accident. This doctor saw me once every six weeks for 10 minutes. I was pretty sure I knew my body better than he did. Something was still very wrong and without the proper information, I didn’t know how to heal myself. I dragged myself to his office. This time, though, I didn’t dress well or fix myself up like all the previous visits. Let him see me as I really was.

Well, it wasn’t pretty. I barely had the energy to get myself there. No makeup, no pretty dress; I showed up looking the way I did at home. One of the problems with this kind of injury is when you look good on the outside, everybody just says, “What’s wrong with you? You look fine.”

I was lying on the table when he entered the exam room. I wasn’t going to put on a brave face this time. I told him I was sorry but I didn’t have the energy to get up. It was true.

My neurologist sat down, looked at me, put his hand on my knee, and said, “Hannah. You’re going to be okay. I think you’ve had some situational depression. There’s a lot going on in your life….” He was so condescending; I nearly went through the roof.

I interrupted him, practically shouting. “Are you kidding me?! Do you think I’m sitting here in your office because it’s fun?!”

I laid into him. I was entirely done with feeling like he was discounting what I was telling him. “I had suicidal thoughts last week. Again. What is wrong with me? I… want… the PET scan!”

Without a word he got up and started typing into his laptop. “Okay. I’ll get you the PET scan.”

We must resist the temptation to make a visual diagnosis by coming to the conclusion that our loved one must be embellishing his or her situation or trying to pull the wool over our eyes, because to us he or she looks fine. Even professionals struggle with believing the person’s illness and injuries. I find that the real experts are the ones who live daily with illness and pain, year after year.

So how can we help? As we have learned, it is difficult to recognize there is a need by simply looking at someone with an illness or injury. On the outside, they may appear physically able to accomplish tasks because their fatigue, pain and other symptoms are on the inside.

As a result, we must learn not to disregard what our loved one is telling us simply because we cannot see the damaged organs, cells, muscles, bones and nervous systems from the outside. Thus, the first thing we must do is to learn to listen, without discounting what we cannot see.

We often fear that helping others will be time consuming. We think that to make a difference, we would have to cook all their meals, run all their errands and clean their house every week. Even the simplest things can go a long way in helping them conserve energy, such as making lunch for them once a month or picking up some groceries or driving them to an appointment.

Many people are genuinely willing to help, but do not know where to begin. Because of this, we often offer by saying, “Call me if you need anything.” This is a great effort to reach out, but unfortunately, it does not work. For that reason, we cannot put the ball in their court and expect them to call us. So, how can we help if they will not ask when they need it?” Simple…we call them!

As a whole, we must remember to listen, believe what we hear, allow them to say, “No” and offer specific help that is convenient for us and them. I know Hannah’s family and friends helped her when possible with her recovery.

Many people have allowed their illness and disabilities to be a catalyst to help others on their journeys and Hannah leads by example. With faith and a keen sense of knowing she experienced these things for a purpose, Hannah began acknowledging her struggle publicly, eliciting responses from those with similar issues due to Post Traumatic Stress Disorder (PTSD), illness or the basic trauma of living in our changing world. She chose to become a student of what worked for her in her recovery process, perspective and the perceptions of the gifts she knew she was intended to pay forward. Now, Hannah speaks, teaches, coaches and has authored the very soon to be released book Living the Invisible Disability – Coping with Post Concussion Syndrome, Traumatic Brain Injury & Depression. You can learn all about Hannah on her site, Hannah Talk.

There are countless people who live with invisible disabilities. They are all around us. Even though we do not see their illness or pain, we do see them. Let’s all help them become Invisible No More.

This article was first published on Disability.Blog, by Disability.Gov on April 16, 2014.

It’s Your Own Fault The Loneliness of Illness and Pain