Rick Roberts has been selected to be the 2019 recipient of the Invisible Disabilities® Association’s Invisible No More® Perseverance Award. Rick has been chosen based upon his amazing perseverance as he lives daily with the pain and neurological effects of suffering a debilitating brain injury in 2006. In spite of Rick’s difficult and slow recovery, he shares his story, all of the struggles and triumphs, in order to encourage others on their personal journey of loss, illness, pain and disability.

Invisible disabilities, by their very nature, are often overlooked, which only increases the need for and importance of the Invisible Disabilities Association. I am honored to be the recipient of their Perseverance award! ~ Rick 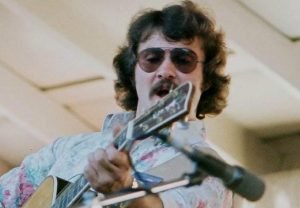 Rick Roberts recorded his first record album almost 50 years ago in 1971. From there he spent the next 20 plus years touring, recording, and living the rock ‘n’ roll lifestyle almost non-stop until he met Mary McKinney in 1993, who he then married.

At that point, Rick decided to take an extended break from music and the demands of professional life. He had already been awarded four gold and two platinum albums for his work, and the songs he’d composed were well on their way to over 13 million airplays worldwide. Rick even played the famed Carnegie Hall! Despite his amazing professional success, Rick decided to take a break and devote his time to building a lasting marriage and a life outside the spotlight. He figured he would get back to his musical career when the time was right. 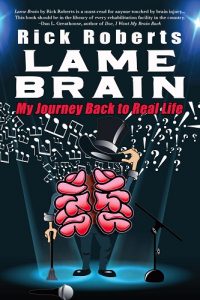 In the mid 2000’s Rick believed he was ready to hit the road again, but that’s when fate stepped in. He suffered a TBI in 2006, a subdural hematoma to be exact, and lost his ability to walk. The doctors gave him only a 50/50 chance of relearning that skill, but after four plus years of strenuous physical therapy, he managed to remaster the art of perambulation unaided by crutches or other help. Rick attributes much of his recovery success to the devoted efforts and support of his wife, Mary. They worked great as a team.

Having sustained his injury on the left side of his head, Rick found the most severe affects were on his right side, especially his strumming abilities on the guitar. Those consequences have required a longer time to overcome than his walking abilities. Through ongoing and persistent effort, Rick has now returned to performance, although his guitar playing is still, and will probably always be, a work in progress.

In addition,  Rick authored a book about his recovery from both his injury, and from the other byproducts (a healthy case of alcohol addiction) of his rock life, called, “Lame Brain.” The book has provided a way for Rick to share his story and help provide encouragement for people along their journey of disability and injury.