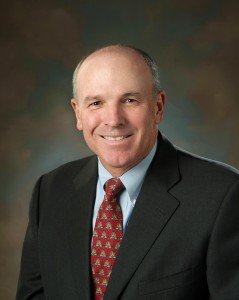 John Kelley is the recipient of the Invisible Disabilities Association’s 2013 Research Honors Award. The Awards Night will take place on October 24th in Denver, Colorado.

John joined CereScan in April of 2009 and currently serves as Chair and CEO of this diagnostic functional brain imaging company with world leading correlated imaging and clinical data warehousing capabilities.   Prior to serving in this capacity, he was employed at McDATA Corporation (Nasdaq Listed) in August 2001 as President and Chief Operating Officer and was named President and Chief Executive Officer in August of 2002.  He added the position of Chairman in 2004.  As Chief Executive Officer, he re-built the management team, introduced multiple products simultaneously on a global basis, acquired and integrated both private and public companies, modernized the company’s aging business processes and systems to meet compliance requirements and prepare for growth, and ultimately grew the company from a $200 million to $630 million annual revenue stream during one of the most tumultuous times for the technology industry.  In February of 2007, Brocade Corporation acquired McDATA in a stock transaction valued at just under one billion dollars.

Prior to joining McDATA, Mr. Kelley served as Executive Vice President of Networks at Qwest Communications (NYSE Listed) from July of 2000 to December 2000 after its acquisition of US West Communications (NYSE Listed).  Before the acquisition, he served as President of Wholesale and Interconnect Markets for US West from May of 1998 to June of 2000.  From March 1995 to April of 1998, John served as Vice President and General Manager of Large Business and Government accounts and simultaneously held the position of President of Federal Services for US West.

Before joining US West, John was the Area President for Mead Corporation’s Zellerbach Southwestern Division and Vice President and General Manager for their Industrial Products Group from 1991 to 1995.  Prior to his assignments at Mead, he held a number of senior and sales management positions at Annatek, Friden-Alcatel, and Xerox Corporation.

His professional activities include being a member of the Board of Directors of Polycom Corporation since 2000.  He is currently Chair of their Corporate Governance Committee and a member of the audit committee.  John is also a board member of two privately backed start-up companies, Circadence and Stored IQ.  He previously served on the Board of Directors of Captaris Corporation, a recently acquired publicly held company in Redmond, Washington and Aztek Networks which was acquired by GenBand in early 2012.

Mr. Kelley is very active in a variety of non-public activities.  He has been a board member of the Colorado Women’s Vision Foundation “Allies Group” whose mission is to advance and retain corporate women leaders since 1997.  From 1997 to 1999, he served on the Marshall School of Telecommunication’s Management Advisory Board at the University of Southern California and he was appointed to the Colorado Governor’s Commission on Science and Technology for two years in 2004.  He was the executive sponsor for the US West Association of Black Telecommunications Professionals from 1998 to 2000.  He currently serves on the Board of Directors at Mount St. Vincent Home, an institution serving children with emotional and behavioral disorders.  He has been the National Vice-Chairman for INROADS, Inc., an organization supporting the development and placement of talented minority youths.  He has actively served on a variety of committees and support projects for the American Red Cross, United Way, Special Olympics, and the Boy Scouts of America.

Mr. Kelley holds a BS degree in Business from the University of Missouri, St. Louis.  John served in the United States Army from 1970 to 1972 and is a native of Missouri.  He currently resides in Golden, Colorado and is married with three grown children.