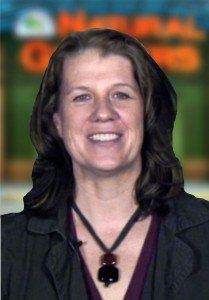 Heather Isely has been selected to be the 2014 recipient of the Invisible Disabilities Association Corporate Honors Award.  Heather has been chosen because through her leadership of Natural Grocers by Vitamin Cottage, she has nourished a corporate culture of respect for people with illness and disabilities and by giving back to the community through such causes as local food banks, by making available safe and healthy food products (long before it became fashionable). In addition, by offering extensive free nutrition education resources through over 70 Nutritional Health Coaches based at her stores, many living daily with illness and pain have been able to find a listening ear, a caring heart and a path to a healthier lifestyle.

Heather’s mother, Margaret Isely, founded Vitamin Cottage in the 1950’s after treating her own chronic health conditions by eating only natural real foods. Margaret began baking whole wheat bread to share with her neighbors — along with kind but constant reminders about the connection between what you eat and how you feel. Although Margaret passed on in 1998, her sons Zephyr and Kemper, daughter-in-law Liz, and Heather now form the executive leadership team and have continued to uphold Margaret’s mission to serve and educate the community.

Over the last fifty years, Natural Grocers by Vitamin Cottage has mapped a true course through the squalls of one diet fad and government decree after another. By focusing on solid science, refusing to compromise its quality standards, and improving the quality of ingredients available to its suppliers, the company finds itself back at its beginnings. If one were transported back to 1955 to ask the question “What kind of grocery store will we need in 2014 to solve our national health crisis”, the answer would be, simply, one just like Margaret Isely envisioned: Natural Grocers.

The invisible disabilities community is especially thankful for Natural Grocers’ longtime dedication to supporting special dietary restrictions. For those who are chemically sensitive, gluten sensitive, sugar intolerant, and on and on, Natural Grocers has always been the one place where we could share our personal health concerns and be welcomed, understood and reassured.

Heather has recently reexamined the quality and ingredient standards of many of its products, only to find that production practices on some farms and ranches providing meat, dairy and other products were just not good enough. Instead of sweeping the issue under rug, she undertook to eliminate over time many dairy ingredients produced in confinement dairies, where disease from overcrowding and the lack of access to pasture appeared to be at odds with the company’s values. This constant “truing up” to her values is a complicated and sometimes costly process, but Heather believes that Natural Grocers customers, especially the invisible disability community, deserve clean healthy food free from drug residues and other suspect ingredients to help it recover and thrive in the face of health adversities.

Throughout the company’s 13-state operating region, Natural Grocers regularly donates in-kind groceries and cash to local food banks. It has also been key founding partners with Families First and the Second Wind Fund, among others. Most of its new and remodeled stores feature teaching kitchens, where experts teach basic healthy cooking techniques to two generations of Americans who were raised, unfortunately, on TV dinners and microwaved waffles. Hundreds of local companies got their first start with Natural Grocers. And along the way, four generations of customers have made Natural Grocers their go-to market for clean food and reliable science-based nutrition advice.

Heather and her siblings were born and raised in Golden, Colorado. She attended Antioch College in Ohio, from where she launched a long and varied career undertaking to understand the connections between agriculture, food and nutrition. If you have a question about these subjects, just ask her and then get comfortable: she might be talking for a while until you truly understand.