David Perlmutter, MD, FACN, ABIHM has been selected to be the 2015 recipient of the Invisible Disabilities Association’s Healthy Living Award. Dr Perlmutter has been chosen because of his lifelong passion for finding healthy and positive life changing solutions for patients who live daily with chronic illness. His New York Times Bestselling books Brain Maker and Grain Brain are the gold standard for healthy living resources focused on a the brain.

Dr. Perlmutter is a Board-­‐Certified Neurologist and Fellow of the American College of Nutrition who received his M.D. degree from the University of Miami School of Medicine where he was awarded the Leonard G. Rowntree Research Award. He has published extensively in peer-­‐reviewed scientific journals including Archives of Neurology, Neurosurgery, and The Journal of Applied Nutrition, and is a frequent lecturer at symposia sponsored by such 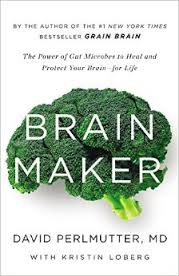 Dr. Perlmutter has been interviewed on many nationally syndicated television programs including 20/20, Larry King Live, CNN, Fox News, Fox and Friends, The Today Show, Oprah, The Dr.Oz Show and The CBS Early Show. He is the recipient of the Linus Pauling Award for his innovative approaches to neurological disorders and in addition was awarded the Denham Harmon Award for his pioneering work in the application of free radical science to clinical medicine. He is the recipient of the 2006 National Nutritional Foods Association Clinician of the Year Award and was awarded the Humanitarian of the Year award from the American College of Nutrition in, 2010. 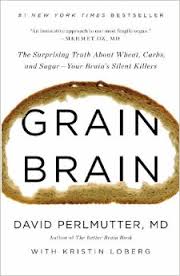 Dr. Perlmutter is the author of seven books including the #1 New York Times Bestseller, Grain Brain, The Surprising Truth About Wheat, Carbs and Sugar -­‐ Your Brain’s Silent Killers, now published in 27 countries.

His new book, Brain Maker: The Power of Gut Microbes to Heal and Protect Your Brain–for Life, is now available nationwide and is a New York Times Bestseller.

As the empowering neurologist, Dr. Perlmutter’s mission is to uncover the food, the facts and the science to control your genetic destiny.

Dr. Perlmutter’s award was presented at the Brain IDEAS Symposium on October 23rd, 2015.