Steffan Tubbs has been selected to be the 2016 recipient of the Invisible Disabilities Association’s Invisible Heroes Award. Steffan has been chosen based upon his positive impact on the lives of veterans as a Radio Personality, Author, and Film Maker. His great work is helping bring much needed visibility and support to veterans living with PTSD and TBI, allowing them to connect, heal, learn, and grow.

Steffan is the host of the Steffan Tubbs Show on 710 KNUS in Denver, 4–7 pm weekdays and The American Veteran Show on KNUS on Sundays at Noon. He spent more than six years as a national correspondent with ABC News based in Los Angeles, and nearly two years as a reporter and anchor for Fox5 WNYW-TV in New York City before moving back to Denver in 2005. Steffan hosted Studio 12 on Colorado Public Television for eight years and is now passionate about making meaningful documentary films that matter. 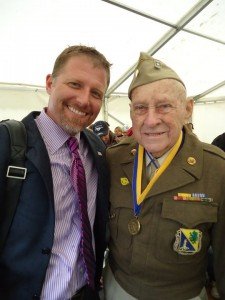 Overall, Steffan has more than 27 years of news experience and is a four-time winner of the Edward R. Murrow award for national reporting. He has covered the Oklahoma City bombing and subsequent trials, Columbine, 9/11 recovery from Ground Zero, the Virginia Tech and Aurora Theater shootings and every type of natural disaster – fires & hurricanes, floods & earthquakes, drought & tornadoes. Sports coverage has included Super Bowls, World Series’ and NBA & Stanley Cup Finals. 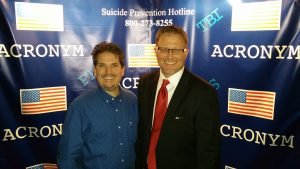 Steffan is a frequent contributor to the Fox News Channel and ABC News. He is a proud supporter of our military and was twice embedded with U.S. troops in Iraq (2006 & 2010.) In both 2010 and 2012, he assisted WWII veterans back to the island of Iwo Jima. He ends his show daily by reminding us to Remember Our Troops.

Steffan is the President and CEO of Mountain Time Media, LLC as well as the Executive Producer and Director of ACRONYM: The Cross-Generational Battle With PTSD and 25 Steps, a documentary film of two WWII Veterans.