Pete Ohlin’s passion for music actually came out of his own desperation for peace.  When Pete was eleven years old, his sister died from spinal meningitis.  After this event he struggled with depression and insomnia.  By the time Pete reached college he was in desperate need of peace in his life.  He believed that no matter what circumstances he faced or the hardships he had to endure; God could somehow use them to bless others.  Ironically, the only time Pete felt at total peace was when he played the piano. The vibration of the piano strings resonated deep within his body, which somehow helped sooth his emotional scars.  During Pete’s time in college, when he couldn’t sleep, he would walk to the music hall and play for hours until his soul was at rest.

In addition to contracting spinal meningitis in 2001 and nearly dying from it himself, Pete also struggled with ADHD from a young age.  His music style has been influenced by his ADHD.  Due to the lack of concentration Pete found it nearly impossible to take piano lessons.  The music he creates is music that engages his brain and somehow overtakes his struggles with his lack of concentration.

In 2008, Pete met a Navy Seal Commander who suffered from PTSD. As Pete began playing one of his original compositions, the Commander immediately felt at rest.   Due to the intensity of the experience, the Commander made a call to a friend; as a result, Pete was headed to Nashville to record his first CD called Majestic Rain.  It was at this point Pete began to realize that his pain may somehow be translated into peace for others in some way. In a way that only someone much wiser than him could ever orchestrate. 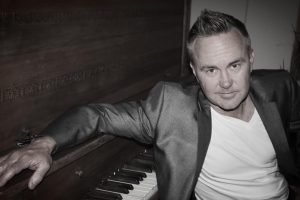 Pete has always had a love for people, whether it has been in medical sales or as a musician.  There is one common denominator for people that Pete has met in his life’s journey.  “Everyone is seeking peace in their own heart.”  People are searching for meaning in this life.   In some mystical way, the music that Pete creates touches each person individually and right where they need it most.  He has received letters from soldiers at war, from parents who have lost children in mass shootings, from teachers, nurses, physicians, counselors, children, and everyone in between.  Essentially, anyone who has experienced his album, Majestic Rain has experienced peace.  Pete is amazed with each email or letter he receives and the way each person is uniquely touched and moved by the music, almost as if it was composed just for them.

On a recent trip to Europe, Pete was amazed again at how his music transcended the different culture and language barriers.  Pete spent part of the trip in Holland performing and the same wave of peace and healing was felt by the people as was in the US.  Pete was thrilled to discover that his music could heal and inspire anywhere in the world.

Pete is honored to join the Invisible Disabilities Association as an Ambassador and use his talent and life experiences to bring healing, peace and inspiration to people who are touched by illness, pain and disability around the globe.