Colonel Mikel Burroughs – Retired has been selected to be the 2019 recipient of the Invisible Disabilities® Association’s Invisible Heroes® Award. Mikel has been chosen based upon his incredible leadership as the Vice-President of Military Debt Acquisition & Relief for RIP Medical Debt; the Chairman of the Board of Victory for Veterans and a Board of Directors Member for the National Veterans Transition Services aka REBOOT. As a veteran himself, Mikel served for over 37 years and retired as a full Colonel. Mikel continues to provide support and hope for countless retired military and active duty personnel living daily with PTSD, TBI, chronic pain and other invisible disabilities.

Mikel joined the Board of  Victory for Veterans Foundation in December 2016 as a regular Board Member and was elected as the Chairman of the Board in February 2017 and has held that leadership position since that time.  Mikel was instrumental in establishing the “Warriors for Life” Program and has been facilitating that program now for over 3 years.  In addition he has created the VFVRIDE to raise money to help reduce veteran, service member, first responder, and civilian suicides.  Mikel also heads up the Flower on Every Grave initiative at Fort Logan National Cemetery in Denver, Colorado.  He has dedicated his life to helping veterans since his retirement from the military in 2012 of over 37 years of service. 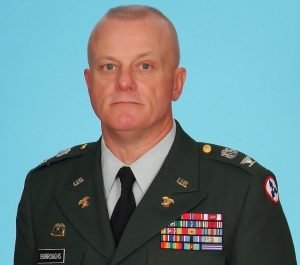 Mikel also serves on the board of directors for the National Veterans Transition Services, Inc – NVTSI aka REBOOT. Helping Veterans successfully transition from the battlefront to the homefront, NVTSI is a San Diego-based 501(c)(3) dedicated to assisting veterans in their reentry. We accomplish this by providing an early-stage cognitive-behavioral educational intervention, via a 3-week intensive workshop – REBOOT – followed by related mentoring and other services. Co-founders Ronne Froman (RAdm, USN ret) and Maurice Wilson (MCPO, USN ret) have been recognized by the White House as Champions of Change.

As Vice President, Military/Civilian Debt Acquisition and Relief, MIkel is responsible for debt acquisition and relief strategies for the non-profit organization – RIP Medical Debt. MIkel’s role is to oversee the purchase of portfolios which contain military service member as well as civilian healthcare debt from major healthcare groups and debt buyers. This would include hospitals, healthcare debt buyers, physician groups, emergency medical services (EMS) known as ambulance and paramedic services. RIP Medical Debt‘s mission is to empower donors to forgive the billions in oppressive medical debt at pennies on the dollar.