Jennifer Brea has been selected to be the 2019 recipient of the Invisible Disabilities Association’s first ever Media Impact Award. Jennifer has been chosen based upon her incredible passion and determination to tell the journey of her personal story of illness and to bring visibility to the millions of people living with ME – Myalgic Encephalomyelitis and Chronic Fatigue Syndrome around the world, as the Director and Producer of the international award-winning documentary film, Unrest. In addition, IDA applauds her continued strength and vision through the co-founding of the global grass roots network organization, #MEAction. 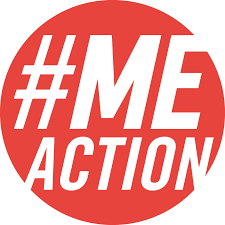 Jennifer is an independent documentary filmmaker based in Los Angeles. She has an AB from Princeton University and was a PhD student at Harvard until sudden illness left her bedridden. In the aftermath, she rediscovered her first love, film. Her Sundance award-winning feature documentary, Unrest, has screened in over 30 countries and had its US national broadcast on PBS’s Independent Lens. She is also co-creator of Unrest VR, winner of the Sheffield Doc|Fest Alternate Realities Award. An activist for people with disabilities and chronic illness, she co-founded a global advocacy network, #MEAction and is a TED Talker.

I was seeing a doctor and I was trying to explain to him this horrible thing that had happened to me. I had tried to get out of bed, and collapsed and was on the floor, and hit my head and was just there for hours without anybody finding me. I was trying to tell him that this thing happened the previous night, and he was just not even paying attention. ~ Jennifer

– The Verge Article – Jennifer Brea documented her chronic fatigue syndrome on an iPhone so doctors would believe other women by Kaitlyn Tiffany@kait_tiffany  Sep 21, 2017, 3:38pm EDT

Jennifer’s Sundance award-winning documentary, Unrest, is a personal journey from patient to advocate to storyteller. Jennifer is twenty-eight years-old, working on her PhD at Harvard, and months away from marrying the love of her life when a mysterious fever leaves her bedridden. When doctors tell her it’s “all in her head,” she picks up her camera as an act of defiance and brings us into a hidden world of millions that medicine abandoned.

In this story of love and loss, newlyweds Jennifer and Omar search for answers as they face unexpected obstacles with great heart. Often confined by her illness to the private space of her bed, Jennifer connects with others around the globe. Like a modern-day Odysseus, she travels by Skype into a forgotten community, crafting intimate portraits of four other families suffering similarly. Jennifer’s wonderfully honest and humane portrayal asks us to rethink the stigma around an illness that affects millions. Unrest is a vulnerable and eloquent personal documentary that is sure to hit closer to home than many could imagine.