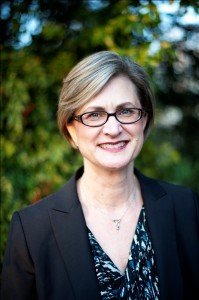 K. Kimberly McCleary is the recipient of the Invisible Disabilities Association’s 2013 Impact Honors Award. The Awards Night will take place on October 24th in Denver, Colorado.

As president & CEO of the CFIDS Association of America from 1991 until June 2013, Kim McCleary established her credentials and earned a reputation as an articulate patient advocate, a keen policy strategist, a diplomatic bridge builder and a dedicated servant leader. She has worked with leaders throughout the executive and legislative branches to develop, implement and oversee effective health policy.

She helped found the Chronic Pain Research Alliance and joined with other leaders and Pfizer to establish the Campaign to End Women’s Pain in 2010. Kim led the Partnering to End Pain project selected by Sanofi U.S. as a finalist in the 2012 Collaborate | Activate Innovation Challenge. She has participated in every opportunity organized by the FDA to shape its Patient-Focused Drug Development Initiative, including a range of consultations leading up the first of the 20 PFDDI workshops focused on CFS and ME held April 25, 2013. With leaders in the narcolepsy community, Kim helped design and launch the Unite Narcolepsy initiative to educate, engage and empower narcolepsy patients and their advocates to participate effectively in the PFDDI meeting on Sept. 24, 2013.

On October 14, 2013, Kim joined the staff of FasterCures, a center of the Milken Institute determined to remove barriers to medical progress. She serves as Director, Strategic Initiatives and patient-focused drug development is among the issue areas she will contribute to advancing.