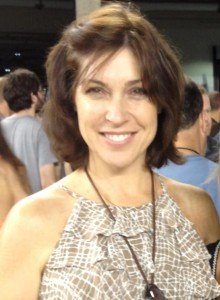 Jennifer Brusstar is the recipient of the Invisible Disabilities Association’s 2013 Invisible Heroes Honors Award. The Awards Night will take place on October 24th in Denver, Colorado.

Jennifer is the President and CEO of Tug McGraw Foundation (TMF), which she co-founded with Philadelphia Phillies relief pitcher, Tug McGraw, before his death in 2004.  In her role, Jennifer has defined the foundation’s mission of raising funds to enhance the quality of life of children and adults with brain tumors and their families.

In 2009, Jennifer expanded the foundation’s programs to include Post-Traumatic Stress Disorder, (PTSD), and Trauma Brain Injury, (TBI).  This unique collaboration encourages the best minds in military and civilian medicine to accelerate new treatments and cures to improve quality of life in areas of physical, social, emotional, cognitive, and spiritual impact of those debilitating conditions.

Her goal is to help educate policy makers and the American public about the pace at which scientific advancements-especially in the neurosciences-and improvements in quality of life for all would accelerate through increased civilian/military partnerships.  To date Ms. Brusstar and her team have raised more than $4 million for research programs. She is a board member of the Preston Robert Tisch Brain Tumor Center at Duke, and a Special Advisor to Soldiers to the Summit. In 2012, Jennifer and her team TMF team received the Statesmanship Award from the United States Former Members of Congress for the foundations work on it’s efforts to improve quality of life for those affected by brain-related trauma and tumors.

In 2001, her youngest son Jack was diagnosed with Autism and today Jennifer volunteer’s time in helping support families who have children with special needs. Jennifer began her career as a flight attendant for American Airlines and has also worked as a translator for several major corporations.