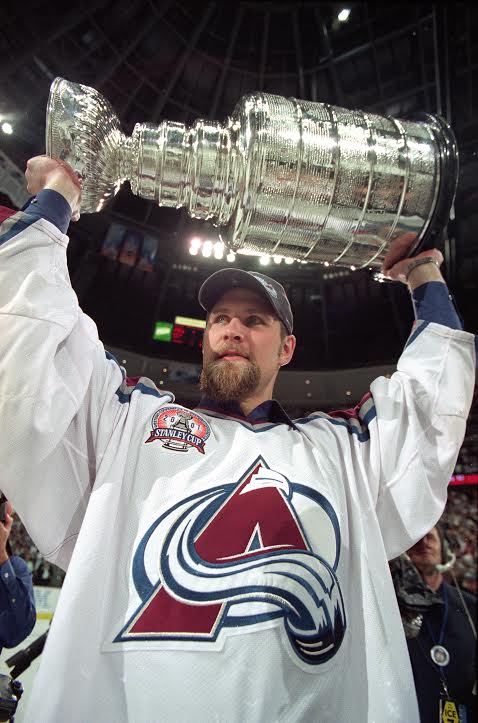 Scott Parker has been selected to be the 2014 recipient of the Invisible Disabilities Association’s “Invisible No More” Perseverance Honors Award.  Scott has been chosen based upon his perseverance and strength as he lives daily with the searing pain, dizziness and oftentimes invisible nature of traumatic brain injury.

Scott Parker (born January 29, 1978) is a retired American professional ice hockey player who played for the Colorado Avalanche and San Jose Sharks in the NHL. Scott won a Stanley Cup in 2001. Parker earned his nickname, “The Sheriff”, from his reputation as a feared fighter and enforcer. Scott retired in 2008-09 because he sustained too many concussions from fighting.

In 2007, Scott and Francesca Parker founded a 501c3 nonprofit called “Parker’s Platoon” to raise donations for wounded veterans, in honor of Scott’s father, Roger Parker; Soldier, 1st Cavalry Division, U.S. Army, Vietnam 1970-1971. Scott Parker has a passion for helping those with Traumatic Brain Injuries (TBI); something Parker was diagnosed with and experiences symptoms of as a result of his hard-hitting hockey days.  Whether its pairing soldiers with specially trained service dogs that specialize in helping PTSD sufferers, the sanctuary of a positive activity on a secluded ranch or an annual fly-fishing escape, the charity has made strides in assisting soldiers deal with their traumatic experiences and re-acclimate to society.

Scott opened Lucky 27 Social Club in 2012. Barbershops are one of the last bastions of manliness today. What other place can you get a sharp haircut and good conversation with a bunch of men? At Lucky 27 Barbershop, a haircut is ritual, a nostalgic experience back to a simpler day when men gathered at the corner barbershop to discuss everything from business, to sports, to current events. Today were still faithful to our traditional approach to our customers. Our skilled professionals in Lucky 27 provide traditional haircuts, as well as contemporary and trendy styles specializing in old fashion straight razor shave including soothing, relaxing, hot towels, creams, and facial massage and hand-rolled cigars.