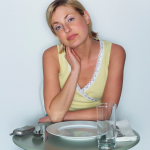 Ever felt that way? As though the world and all its demands expects you to keep going until you’ve finished everything on your plate, so to speak. Including the Brussels sprouts.

It’s an image that reminds me of long-ago decades growing up in Fargo, North Dakota. The dinnertime rule was we had to eat at least a biteful of every food on our plate, even if we knew we didn’t like it. Logic said our taste buds might change as we grew accustomed to it.

The perennial battle of the Brussels sprouts absorbed my entire being. From the stench (as my nose remembers it) as they boiled on the stove, to glaring at them on the table, and then being scooped onto my plate. They silently waited to bring dismay and disorder to the rest of my night.

One bite would free me from the table, but my gag reflex was working overtime. I couldn’t make myself eat one microscopic bite of those dreaded, despicable, seemingly slimy Brussels sprouts.

While my mother finished washing the dishes, I waited patiently at the dining room table.

“Kristabelle, c’mon. Just one small bite. Then you can go play with your siblings.”

She pleaded. I resisted. Eventually, I was let out of sprout prison.

With Brussels sprouts now making a seeming resurgence, I hear that their tastiness is all in the preparation.

I tried them recently, for the first time in decades. A friend hosted a potYuck, where each person brought their most unfavorite food. Not surprisingly, Brussels sprouts were among them. (By the way, what is one person’s food-trash is another person’s treasure. Test it with your own potYuck…)

The sprout was not as awful as I recalled. Yet I was glad to have it off my plate.

What’s on your plate that you keep putting off because there are so many other urgent, take-care-of-it-now issues that need your attention? What is the nagging issue that never leaves the bottom spot on your to-do list, that keeps getting pushed further down, waiting for you to tackle it?

Maybe it’s more schooling. Or preparing yourself to advance in your career. Or perhaps it’s a conversation you need to approach with a colleague – or a spouse.

We’ll never finish all that’s on our plate, at work or at home, no matter how much the world pushes for it. But sometimes the action we most put off, is what most weighs us down.

Whatever your Brussels sprout is, go after it. Move it to the top and check it off your to-do list. It may be the biggest sense of accomplishment you’ve had for some time. Take a first step toward it. First steps lead to second steps, and they eventually lead to walking off the to-do list entirely.

Don’t let the bad taste of it deter you. C’mon, you’ve got this one licked.

P.S. Oh, if you’ve got an irresistable Brussels sprout recipe, send it my way…

Reprinted with kindly permission from the Journal of Nursing Jocularity.