Celebrating the Bravery of Heroes with Invisible Disabilities 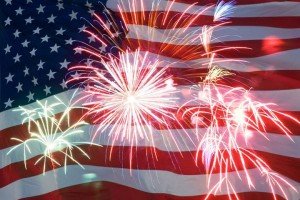 What an amazing time to honor those who have given so much to ensure our freedom.

To these individuals, I want to say thank you! It always amazes me when men and women believe so strongly in freedom and the American way of life that they are willing to fight for these causes. I am even more astounded when these heroes fight for freedom in areas far from home.

Because of their incredible sacrifices, it is especially sad when the cost of freedom is paid for in lives and injuries. It is also very disheartening when those who return home are abandoned, marginalized or shunned, despite their courage and ability to perform seemingly impossible feats in theaters around the globe. This poor treatment can be exceptionally painful for those who return with mental health conditions and other injuries that are not visible to the naked eye, those whose wounds are hidden. Examples of heroes who have experienced these types of injuries include former Captain Luis Carlos Montalván, former Army Medical Specialist Juliet Madsen and Bob Woodruff, co-anchor of ABC’s World News Tonight.

In The New York Times bestselling book, Until Tuesday, Luis shares his amazing story of the “war after the war” – his battle with invisible disabilities such as Post Traumatic Stress Disorder (PTSD) and Traumatic Brain Injury (TBI) – and how his service dog, Tuesday, has given him hope and healing. Before Tuesday came into Luis’ life, he was overwhelmed by his debilitating injuries and memories of war, and could barely leave the house due to Agoraphobia. Today, Tuesday assists Luis with his balance, retrieves things off of the floor, reminds him to take his medications, wakes him up when he is having flashbacks, gets Luis out of the house, provides him with the unconditional love we all need to give us strength and much more. In 2011, Luis was the first recipient of the Invisible Disabilities Association’s (IDA) Invisible Hero Award.

In 2004, former Army Medical Specialist and current IDA Ambassador Juliet Madsen’s convoy was hit by a roadside bomb, changing the course of her life forever. Due to a traumatic brain injury she acquired from the incident, she has had to endure years of physical and occupational therapy. Despite the challenges she has faced, Juliet was able to start her own business, Stroke of Luck Quilting and Design, with help from the Department of Veterans Affairs Vocational Rehabilitation Program.

In 2010, Juliet developed a fundraiser called, “the Ultimate Sew-In” to support Paralyzed Veterans of America and the Wheelchair Games. Along with other volunteers, she created almost 500 quilts for other soldiers injured in the War on Terrorism.  She was also commissioned to create a wall quilt for the Veterans of Foreign Wars USA to celebrate the restoration of one of the Vietnam Memorials in Washington, D.C. In addition, she has written a book, Objects for Deployment, through the Veterans Book Project and begun training for triathlons through the TriSoldier Project, a non-profit organization that helps veterans with disabilities participate in sports.

Bob Woodruff, co-anchor of ABC’s World News Tonight and 2012 IDA Inspiration Award recipient, was seriously injured by a roadside bomb that struck his vehicle near Taji, Iraq in January 2006. Just 13 months after being wounded, Mr. Woodruff returned to ABC News with his hour-long, primetime documentary entitled, “To Iraq and Back: Bob Woodruff Reports.” The report chronicled his traumatic brain injury,  painstaking recovery and the plight of thousands of service members returning from Iraq and Afghanistan with similar injuries. Mr. Woodruff continues to cover the topic of traumatic brain injury and was honored with a Peabody Award in 2008 for his reporting on the subject.

I am also moved by the family members of military personnel who are indirectly impacted by invisible brain injuries, such as Anna Bigham, the recipient  of IDA’s 2012  Invisible Hero  Award.  Anna founded the organization Hidden Wounds in 2009 after her brother succumbed to his post-war challenges by taking his own life.  Deciding that his death would not be in vain, she focused her efforts on starting an organization that provides the support that returning combat veterans need to overcome psychological injuries, and to increase education and awareness of these challenges among veterans, their families or caretakers and the community. She continues to serve as the executive director of Hidden Wounds, guiding the organization with her vision and overseeing all aspects of its operation.

Examples of the hidden wounds or invisible injuries noted in the stories above and experience by many veterans include Posttraumatic Stress Disorder (PTSD) and Traumatic Brain Injury (TBI). Many times PTSD and TBI go hand in hand.  TBI can result in changes in a person’s physical  functioning, thinking abilities or cognitive function, and behavioral effects and they are often interrelated. These effects sometimes cause other difficulties such as sleeping problems, depression and anxiety. PTSD is a mental health problem that can occur after someone goes through a traumatic event like war, assault or disaster.

The good news is that there are more and more organizations and companies with programs aimed at making a difference in the lives of veterans living with TBI and PTSD. For example, the Tug  McGraw  Foundation is partnering with CereScan  Corp. of Denver, Colo.,  and  other organizations, to create the Invisible Brain Injury Project. This project seeks new and more efficient methods of identifying and treating invisible wounds such as Mild Traumatic Brain Injury (mTBI), and IDA is thrilled to support it.

IDA ambassador and recording artist Pete Ohlin will be donating 25 cents of the cost of every song from his album Majestic Rain that is downloaded via  iTunes, Amazon and other online sources to IDA. IDA will in turn pass along 10 cents of every download to the Invisible Brain Injury Project. Pete’s passion for music actually came out of his own need for peace.  When Pete  was eleven years old, his sister died from spinal meningitis, and after her death he struggled with depression and insomnia.

By the time Pete reached college, he was in desperate need of peace in  his life.  He believed that no matter what circumstances he faced or the hardships he had to  endure,  God could somehow use them to bless others. Ironically, the only time Pete felt at total peace was when he played the piano. The vibration of the piano strings resonated deep within his body, which somehow helped sooth his emotional scars.  Pete has received countless letters from soldiers at war, parents who have lost children in mass  shootings, teachers, nurses, physicians, counselors, children  and everyone  in  between who have said that they experienced  peace through his music.

It is important to remember that many chronic conditions, especially brain injuries and trauma, cannot be seen with the naked eye. A person can battle extreme fatigue and cognitive impairments on the inside, even though they may appear healthy and well on the outside. Despite their hardships, people living with chronic conditions do not want to give up! They make efforts to laugh, smile, look their best and enjoy life, even though they may be experiencing health complications. Because of this, we should not confuse their endeavors to live life and be positive with the notion that they are feeling well or doing better. Instead, let us commend them for their incredible courage, perseverance and persistence that make their illnesses, wounds and injuries seem invisible to us. They are truly our Invisible Heroes!

This article was first published on Disability.Blog, by Disability.Gov on July 2, 2013.