No COLA for People on Social Security in 2011 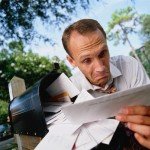 58 million Americans receiving Social Security and Supplemental Security Income (SSI) benefits will not be receiving a cost-of-living adjustment (COLA) in 2011 (SS). Beneficiaries did not receive this adjustment in 2010 either.

It is estimated that almost 10 million people living with various disabilities and their dependents are on Social Security Disability Insurance (SSDI) (Allsup).

According to Allsup, a company that provides disability benefits representation,

“The Social Security Administration’s announcement of no COLA is distressing news for people with disabilities and their families” (Allsup).

Six Advantages of Representation for SSDI

They’re All Alike The Brain Blog: A Season NOT to Remember