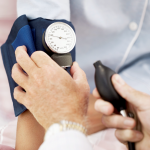 Most of us have heard that stress can cause heart problems. We have even heard the stories about a spouse who passes away, then the other follows close behind.

The mother in law of Invisible Disabilities Association’s Founder, Wayne Connell, has recently experienced increased heart trouble after her son Jim unexpectedly passed away last December. Carole has been battling Lung Cancer for the past year and found herself hospitalized shortly after her son’s death, due to severe chest pains, irregular heartbeat, shooting blood pressure and episodes of collapsing. They did not find artery damage, but her doctor said that her symptoms must be from a “broken heart.”

New research presented this week at the Experimental Biology meeting in San Diego finds that during mental stress, blood flow through the heart increases in men, but doesn’t change in women. The findings suggest women’s hearts might not adjust properly to stress (KENS5.com).

This is not something to be taken lightly. Connie Pitts is a woman who lives with Fibromyalgia and Chemical Sensitivities, as well as the author of Get a Whiff of This, Connie shared with the Invisible Disabilities Association what happened to her mother shortly after her brother passed away.

My mother died of a heart attack three months after my brother took his own life. During that three months, her eyes lost their sparkle, and she lost over thirty pounds. I do believe it was the grief over her loss that caused her to have a fatal heart attack.

Dr. James Park, an interventional cardiologist at the Texas Health Dallas Hospital said, “What they theorize is the arteries spasm, causing damage to the heart,” he said. “Then, when I do an angiogram to look at the arteries, it looks like there’s no blockages there, but there’s damage to the heart.” (KENS5.com).

Read the full story from KENS5.com in San Antonio.

A Great Loss for IDA Founder and His Wife

Pitts, Connie. Author of Get a Whiff of This. IDA Interview April 2012.