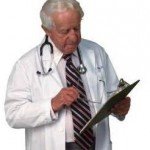 Not the typical diagnosis one hears at the doctor’s office. Stranger still, it wasn’t me hearing it.

If it had been, it wouldn’t have been ultra surprising. For several (ahem) decades, this body has routinely presented an out-of-the-ordinary case for my medical team to investigate. I figure it’s my contribution to science. Hey, I help where I can.

So it was nice, for once, not to be the anomaly, the one deemed weird.

My friend “Julie” asked me to go with her to a follow-up appointment at her neurologist’s office. For the last several months, Julie has experienced numbness along the left side of her body, headaches, lightheadedness, and some other symptoms.

She visited a few doctors before seeing the neurologist. In our community at this time, the demand for neurological services outweighs the availability. Appointments are hard to get and are typically several months out. What’s a numb, lightheaded, headachy girl to do?

Julie saw her primary care physician, who was concerned about her symptoms. He was reluctant to order an MRI or CT before the neurologist had a chance to weigh in on which would be more appropriate.

In the meantime, Julie went to a chiropractor. He helped her with a number of issues, and listened intensely while she recounted her last months of symptoms. “Why haven’t you seen someone before now?” “I’ve been busy, doc.” Uh huh. Some of us belong to the ‘if it hasn’t killed me by now, then it can’t be that serious’ camp. Guilty as charged.

After examining Julie, and hearing more about symptoms that didn’t point to any one condition, a diagnosis was determined. “You’re weird.”

It wasn’t the first time she heard those words, and it wasn’t to be the last.

The long-awaited neurological appointment arrived, and Julie was asked to schedule a CT. Waiting for the follow-up appointment with her neurologist to hear the results, Julie asked me to go with her for support and to act as note-taker, if need be. This could be the beginning of a serious ordeal. It required backup support.

I was happy that she asked, as we’re both usually too independent for our own good and tend to tackle big appointments solo. Selfishly, I was glad to be the medical helper instead of the usual helpee. I quickly agreed to go with her.

“Well, Julie, I’ve taken a look at your images, as has the radiologist. It’s not (this awful disease) or (that nasty condition). We know more about what it’s not than what it is. No doubt you’re experiencing these symptoms, but science doesn’t allow us to add them up to any one identifiable finding at this point. In a nutshell, you’re weird.”

Again?? That’s it?  So much for a second opinion. Maybe a third… Nooo, noooo, it’s bad enough hearing the same unofficially official diagnosis twice… Where exactly is “weird” in the medical dictionary, anyway??

“Weird” – twice in a matter of weeks? C’mon. A patient could get a complex.