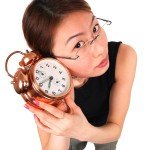 I take it for granted. My ticker, that is. It’s one part of me that, as far as I know, still works as it was designed.

Four decades of arthritis has not affected my heart. I’m fortunate.

At age seven, four decades ago, attempts were made to figure out what the heck was wrong with me. The first diagnosis was Rheumatic Fever.

Because Rheumatic Fever is a condition of the heart, I was told I could no longer run. How wrong they were! I could, and I did, whenever I was out of my mom’s eyesight – until I took off running a few steps too soon and she caught me, watching from the kitchen window. “KRISTINE!!!!!”

Her voice, screaming across the neighborhood, catapulted me as though into a backward slingshot. Good thing my Flintstone brakes still worked.

My running days were history. Not an easy adjustment for a kid who loved to run around, literally. My bare toes knew well the soothing coolness of the green grass after skipping along the hot concrete sidewalks, like butter in a hot pan.

I felt fine. My heart felt fine. The tests had to be wrong. My legs carried me, quickly, wherever I wanted to go. I would not deny myself the pleasure.

During the tongue lashing, I learned the seriousness of the situation. It’s a lot to take in at seven years old. Disciplining myself not to run – when I was still fully able – was like asking a racehorse not to do what it was built to do.

Medical folks and their tests – what did they know?? I was mad, sullen, sad. My joy was gone.

As an adult, I’ve learned that Rheumatic Fever is often a precursor diagnosis to Juvenile Rheumatoid Arthritis. It’s not known why, or if it it’s an accurate diagnosis, or if one condition morphs into the other.

My heart has always tested fine since those days. Yet I sometimes wonder about that frequent little skip in my heartbeat, and the thirty seconds or more when the beats get all messed up and I hope they go back to normal on their own.

Doctors over the decades declare my heart fine. They reassure me, saying that many people experience these blips in their heartbeats. But as a mere layperson, I don’t want to accept their explanation. I want them to hear it when it blips, and then tell me it’s fine.

The tick tock of the clock reminds me how fast time skips along. It reminds me of the precious gift of a good ticker that ticks away all those seconds. It reminds me to again ask my medical team about my heart.

Is it time to talk to your team about your ticker?