I Can’t Do This Anymore 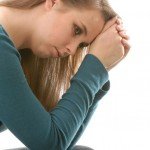 “What?? You have to keep going. You can’t quit. You’re needed. You’re fantastic at what you do.”

“No, it’s too hard. I’m exhausted. There’s too much to do and never enough time. I’m fighting on every front and I have no more fight left. I’m tired of being responsible, tired of doing it all and doing it well. Really, there’s barely time even to do a lousy job at the required basics.”

My friend was struggling in her job and at home. I didn’t like what I was hearing, but I understood. I’d previously slid down a similar slimy slope.

There were no grab bars, no traction, no hay bales to cushion the landing along that slope. It was all downhill, like a runaway sled careening down an icy hilltop.

Has your sled slipped down that same slippery slope of overwhelmingness?

I’ve wanted to quit. But it’s been seldom when I’ve followed through on that desire.

There’s much I have to learn, but this I know: the ‘how’ of how we keep going when we can’t keep going, might be found in a simpler answer than we realize.

The ‘how’ lies in hope. Consciously or unconsciously, we hang on to hope. We hope for a better day, situation, outcome. We know it can be better than it is. We wait for the day when it is just that. We do what we can to bring it on, and if there’s nothing we can do, we patiently plow through the days until the sun glints through the clouds.

Along the way, we hold on to the hope of the heartfelt relationships of our lives, the intrinsic value and purpose our relationships and work bring us, and the unexpected humor that catches us off-guard.

There is funny in almost everything, including overworked, underappreciated, ‘get me the bleep out of here’ workdays and at-home days. During some past jobs, I had been known to keep going merely by telling myself that the workplace, in all its messed up unglory, was there simply to entertain me. And not only that, but I was paid to be an interactive audience! I silently voiced a ‘bravo’ for true-to-form stellar performances from colleagues, administration and customers.

I could choose to be either annoyed or amused by their antics and interactions with me. When I chose to become detached and amused, the day was not as bleak as it had been. There was reason to chuckle and smile. From there, I could pass on the good humor, so to speak, to others and be re-energized by it myself. It might be an unorthodox coping mechanism, but sometimes unorthodox is what survival requires.

Reprinted with permission from the Journal of Nursing Jocularity.