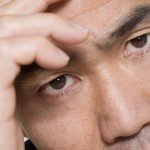 According to the Migraine Research Foundation, an estimated 10% of the population suffers from migraines and women are 3 times more likely to have them than men.

KCBS reporter, Serene Branson, found out the hard way how quickly a migraine can come on and how incapacitating it can be. When Serene was covering the Grammy Awards on 2/13/11, she believed she was battling a bad headache, but suddenly began to slur her words. Serene’s migraine caught on tape is helping bring additional awareness of migraines. See video below.

Serene told CBS that the next time this happens she will tell herself, “This is not just a headache, you’re not just tired, you can’t push through this. This is a migraine!”

Although there are several treatments for migraines, many continue to battle the mild to severe symptoms. What’s more, those who are debilitated by migraines often struggle with loved ones taking this invisible disability seriously. However, as you can see in this video, Serene looks fine on the outside. After all, the crippling pain, sensitivity to light and sound, as well as cognitive dysfunctions are not always obvious to the onlooker.