I’m Not Just a Patient 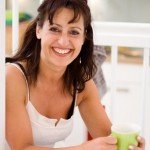 Patient? I ain’t no stinkin’ patient.

Denial is a wonderful thing.

After being a patient with a chronic illness for more than three decades, I became a wee bit tired of playing the role. No offense to anyone in the medical community, but it was a too-close connection that I didn’t want anything to do with anymore. I loved the providers, but loathed patienthood.

It was a role I was more than willing to chuck.

But could I? How the heck does one give up such an identity? It’s not exactly like resigning from a job. But wouldn’t that be nice?? I imagine it might involve a scenario like this one (cue movie ‘dream’ music):

“Here, I’m handing in my resignation letter. Yes, that’s correct. I am no longer your patient. Yes, I’ll still see you as needed, but as a person, not a patient. Nothing personal, it’s just business. It’s the business of survival. I’m no longer choosing to survive as a patient. I’ll live as a person, and if, when you treat me, you choose to label me as a patient, well, that’s your issue.”

We each carry out many roles in our lives – roles like spouse, parent, child, sibling, friend, employee, nurse, and unfortunately sometimes, (argghh) …patient. It’s that last one that doesn’t have a lot of positives going for it. After awhile, it gets to be a moldy oldie. It needs to be thrown out with the trash.

So I threw it out. I gave up my patient identity. I wrapped it up in smelly used fish paper, tied it tightly with white butcher string (somehow seems appropriate, being the recipient of multiple surgeries), and tossed it with a flourish into the garbage can across the room, scoring three points in the process.

Cut to last scene of the movie: “Ta da!” said the former patient, wiping her hands clean of the mess.

If only it were that easy.

It might not have looked quite that tidy, but I did perform some Olympic-worthy mental gymnastics to change my thinking of who I was and am, and will be.

Fortunately, my calendar has since changed, too, to reflect my non-patient status. It’s no longer filled with regular and irregular medical appointments during any given week or month – as is so common for people living with chronic illness.

During surgery years, like last year, that calendar fills up again with appointments and tries to tell me I’m once again a patient. I refuse to believe it. Instead, I go about living my life and fitting in time for the medical industry when I can.

The bottom line is no matter what our situation is and how full our lives are with medical issues, I believe we need to work on seeing ourselves as a valuable person and not just a patient.

Who am I? Whoever I want to be, and that doesn’t include the Queen of Denial.

IDA observes Rare Disease Day on February 28 Take the Time to Learn, Not to Judge