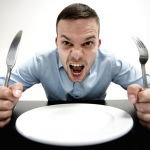 We routinely recognize the genes that pass from one generation to the next. After all, we see evidence of hand-me-down genes looking back at us each morning in the mirror. (“When did I become my mother??”)

While we recognize genes that are passed along, what we don’t often recognize are the equally important attitudes that we pass from generation to generation. (“I’d like another scoop of the I-can’t-stand-anyone-in-authority gene, please. Yum!”) Awright, so it’s not so much a gene that we’re talking about in regard to attitude. But don’t those passed-down attitudes affect us in similar ways as genes?

Attitudes that are passed along can be beneficial or destructive. And just like genes, we often pass them along without thinking.

When those passed-down attitudes include how we perceive help for medical-related issues, the attitudes in question can be especially destructive.

This attitude sometimes seems to run in families. What a tragedy if and when that person or their family member ever becomes an inpatient. Get over it NOW: ready, set, go!

I mentioned in a recent column that my dad had some issues with hospitals. Fortunately, I didn’t know about those issues until later on in my life, after I’d finished a few stints in hospitals as a patient myself. His opinion was justified from negative experiences early on in his own life. He didn’t trust medical personnel, period. Still, I’m thankful his perspective didn’t taint mine.

I can’t imagine a life-long patient having extreme distrust of her medical team. A whole lifetime of angst and conflict? It’s like being a perpetual teenager. How fun.

On the opposite end of the attitude scale from my dad, was my mom. She trusted medical professionals implicitly, without question. She also believed Richard Nixon when he declared he wasn’t a crook. That was her generation’s attitude. It was the same generation as my dad, yet their trust-y attitudes couldn’t have been more different.

I suspect they each came from their own long line of trusting vs mistrusting attitudes toward healthcare practitioners.

Thankfully, by the time the generational line reached me, the medical attitude that happened to be passed to me was my mother’s, and not my father’s. Lucky lotto.

For those working in the healthcare professions, you and your families are likely passing along a healthy attitude. That’s not necessarily the case for your patients and their families. They may have been passed a more destructive attitude; one that affects their ability to communicate with you, trust you, and to heal well.

Healing an attitude takes more than a prescription to combat what’s been passed down. Nonetheless, sharing your positive attitude might change not only one person’s life, but a whole gaggle of generations to come. Pass it along.