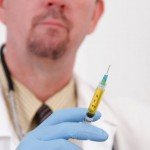 It must be bad when you recognize it in yourself.

Why is it the older I get, the wimpier I am when it comes to – of all things – needles?

Sitting in the lab technician’s chair recently, I found I was distracting myself from her preparations. The rubbery tourniquet thingy, the vials, the – ugh –needles. I was looking everywhere but at the tools of the trade. What’s with that?

I’ve noticed over the years I’ve gradually become less comfortable sitting in that hot seat. I never used to give it a thought.

For the last couple decades, I’ve typically only had blood drawn once a year. No big deal, you’d think, yet there’s a squirminess going on that didn’t used to be a part of the equation.

It’s the complete opposite of life eons ago.

My first two decades with this body required a decided lack of the wimpies. Pin pricks, arm sticks, and tourniquets were as common as changing underwear. These years, they bring on the need for an extra pair. Well, almost.

All through my school years, including college, I received regular injections of myochrysine. ‘Regular’ being anywhere from weekly to every six weeks depending on the then-current condition of my Juvenile Rheumatoid Arthritis. Beginning in first grade, these gold shots quickly became a regular part of my routine.

The shots stung a bit and for my most of my childhood, purply green bruises covered a good portion of my thigh. But the fact that they had bits of real gold in them added a cool ‘wow’ factor. Ooh aah. Yessiree, ripe stuff for the “Believe it or not” crowd.

The more frequent the gold shots, the more frequent the blood draws. All systems needed to be ‘Go’ to continue the injections. Dr. Hunter and his nurses, Pat and Jan, and the lab techs got me through those early years at the clinic. Dr. Hunter made me laugh before sticking me. Jan and Pat followed up with soothing words and trinkets. The lab technicians were as quick and gentle as possible, even on repeated attempts.

As often as needles were flying at me in those days, I seldom had an issue with them. No sense getting worked up over necessary evils.

That was then; this is now. Along with the disappearance of regular prickings, my tolerance has also disappeared. The wimpiness factor has filled its place.

This coming from someone who has had eight surgeries with all the accompanying tubings and needles. Heck, I’ve had a good portion of my skeleton sawed out and replaced with someone else’s and with metal and plastic parts. How does such a person lose her courage for procedures medical, large or small? I dunno.

That courage must be out there floating around somewhere. I’m hoping to not require it ever again. If I do, I’ll need to kick out the wimp in me and toughen up again. Sheesh. The lessons we learn from our seven-year-old selves.

5 Strategies to Improve the Odds of Finding a Job Managing Your Persistent Fears, Anxieties and Stresses