Allergies and Asthma Linked to Mold 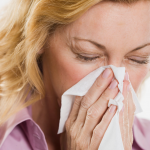 A study released this year says children who live in homes with visible mold are more likely to suffer from asthma and allergies. According to the following article posted on FoxNews.com:

Researchers found that across 61 international studies since the 1990s, children living in water-damaged, moldy homes were more likely to have asthma, wheezing problems or nasal allergies than their peers.

The findings do not prove that mold is the culprit, according to the study’s lead researcher.

However, lab research has suggested that exposure to mold and airborne mold spores can create inflammation in the airways, added Dr. Christina Tischer, of the German Research Center for Environmental Health in Neuherberg.

These latest findings underscore the importance of not only getting rid of visible mold, but also preventing it in the first place, Tischer told Reuters Health in an email.

People often believe that mold is bad news for their lung health, and many studies have supported that idea. But some recent studies have linked certain proteins in mold “components” in the home to a lower risk of asthma and allergies in children. Those components are particular fungus cells that can mix in with house dust.

So for their review, Tischer and her colleagues separated studies that examined visible mold — the most obvious sign of a mold problem — from the smaller number in which researchers measured mold components in household dust samples.

They found that overall, children in homes with visible mold were 49 percent more likely to have asthma than kids not exposed to the problem. According to the Centers for Disease Control and Prevention, nearly 10 percent of all American kids have asthma.

Meanwhile, the children’s risk of nasal allergies was 39 percent higher.

Exposure to mold components in house dust was linked to a lower risk of those respiratory ills, the researchers report in the European Respiratory Journal.

In theory, that finding could be due to differences between visible mold and the mold components that are part of the normal mix of bacteria, fungus and other microbes in indoor air.

“Visible mold patches at the walls, or a moldy odor, is indicating that the normal microbial composition is out of kilter, which is most often due to dampness, excessive moisture or building damages,” Tischer explained.

According to one theory — the “hygiene hypothesis” — living with the normal mix of microbes helps young children’s immune systems develop in a way that makes allergic reactions less likely.

Tischer said that getting rid of visible mold “might be a first important step in order to create a healthy environment at home.”

But, she added, the reasons for the mold problem have to be addressed too. That means steps like repairing leaky plumbing or other sources of water damage, and lowering humidity in the home with better ventilation.