Link Between Pesticides and Health 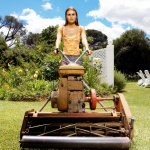 The rampant use of pesticides is one of the great social tragedies of our day, in my opinion.

Physicians for Social Responsibility (PSR)’s Environmental Health Policy Institute, an online forum of physicians, health professionals, and environmental health experts, published the following article in response to the question, “How does our food production system drive our exposure to toxic chemicals?“

The author, Dr. Joanne Perron, offers this eye-opening answer, drawing on her personal journey with breast cancer and her years of experience as a physician.

As an OB/GYN who trained at Los Angeles County/USC Women’s Hospital during its heyday of 18,000 deliveries per year, I saw countless women with fibroids and ovarian masses the size of term pregnancies and an overwhelming number of third-world-like adverse birth outcomes, maternal and fetal. In those ancient times of the late 80s-early 90s, the prevailing wisdom was that these women, who often lacked preventive care, were the unfortunate carriers of bad genes. When people ask me how I first became interested in environmental causes of disease, I recall that I privately thought, never risking professional scorn as a resident, there had to be another component that conventional medical teachings ignored which contributed to the adverse reproductive disorders I was learning about.

Of course then, my cursory knowledge was only of acute pesticides exposures since many of my patients were migrant farm workers. I surmised that there were mutagenic or genotoxic mechanisms from pesticides responsible for their health problems, but other than the nature vs. nurture debate, had never heard of epigenetic mechanisms in my medical training. So fast forward to 2001 when I started training in integrative medicine with Andrew Weil at the University of Arizona, Tucson. This is when I first heard the term xenoestrogens. I started wondering if chemicals in the water and food supply could be related to the reproductive disorders I was increasingly seeing in a middle class population. I say increasingly, because even women who came to see me for their annual “well woman” exam seemed to have an inordinate number of complaints such as abnormal bleeding, pelvic pain, endometriosis, fibroids, fibrocystic breasts, ovarian cysts, or PMS. And most of these women did not work in agriculture.

A close friend from childhood, Kristie, who lived 4 houses away, died at 38 from breast cancer. She had no family history of breast cancer. Additionally, both of her sisters had unexplained infertility (their mom was a “fertile Myrtle”). With every high school reunion, I heard of former classmates who had passed away from different types of cancer. We grew up in the west San Fernando Valley, which had mostly ranches and agriculture until the post WWII building boom. In the late 1950s to early 1970s, many of the schools and residences abutted orange groves, onion fields, and corn fields. Not only do I recall frequent spraying of nearby fields, but also the sweet smell of regular misting from the mosquito trucks during the summer months.

Did early pesticide exposure cause my individual case of breast cancer? My scientific training informs me that I will never know for sure. However, a large body of data is beginning to point the finger at early life, including in-utero, pesticide exposure as a crucial factor in many adverse health outcomes, some occurring many years after initial exposure, that clinicians see on a daily basis, including birth defects, reproductive disorders (male and female), cancers, metabolic disease, neurodevelopmental disorders, and neurological diseases.

To this day, when I talk about epigenetics to same-age colleagues in the trenches, some are disbelieving because they didn’t learn about it in medical school and the journals that they read don’t mention epigenetics, oxidative stress, or even endocrine disruption with linkage to adverse health outcomes. The sentinel 2009 Endocrine Society Scientific Statement should be mandatory reading for every health care professional before assuming practice or getting recertified. Most importantly, it states that there is evidence that endocrine disrupting chemicals (EDCs) can have effects on human reproduction, breast development and cancer, prostate cancer, neuroendocrinology, thyroid, metabolism and obesity, and cardiovascular endocrinology. I admit it took my brain a bit of time to rewire and integrate an understanding of the mechanisms underlying epigenetic factors of disease and to appreciate that disruption of the intricate orchestrated endocrine signaling is more complicated than the lock and key theory of hormone function that I learned many moons ago.

This is just a brief summation of the science and concerns that scientists have about pesticides and other EDCs, but what about the local anecdotes that I frequently observe or hear about? From two different sources, I have learned that Stanford hospital receives most of its cases of congenital cardiac defects and childhood cancers from the Salinas valley. Also, that the Monterey/Salinas cancer clinicians are seeing more cases of premenopausal breast cancer from the Salinas area. Monterey County, the salad bowl of the US and the biggest producer of strawberries, is my home. It is an area of exquisite natural beauty, but has some of California’s most polluted streams and rivers from agricultural run-off. I shudder to think of the quality of our drinking water. To add to our woes and potentially contaminate our ground water even more, a great big experiment may soon occur on those who live in proximity to strawberry fields with the December 2010 approval by the California Department of Pesticide Regulation for the use of Über-toxic methyl iodide to fumigate those fields.

Neither does the Pacific Ocean escape the toxic effects of pesticides; the Salinas and Pajaro river watersheds drain those same pesticide laden fields and empty into the Monterey Bay National Marine Sanctuary (MBNMS). Perusal of the MBNMS maps on this site clearly illustrates the color red to indicate “impaired” rivers. Meanwhile, the fishermen wonder where all the salmon have gone and I wonder about the local tide pools that once teemed with loads of hermit crabs, urchins, and starfish for John Steinbeck and my little boys to learn about.

I try not to turn into an Eeyore when I discuss these issues with those I am trying to educate. I often think about the messaging we use in this line of work and how we could better persuade those who are comfortable with the status quo or those who lack knowledge and understanding of the connections between the pervasive use of dangerous chemicals and the health of future generations. At one time I preached about a future scenario similar to the book and movie “Children of Men,” but that didn’t win me any converts. Now, I jokingly tell colleagues that I want to design tee shirts that say “Bugger off, don’t methylate my DNA or perturb my thyroid!” or “Halogens are not for children and other living things.” Mostly, I just breathe deep and acknowledge that I am a foot soldier to take this information to clinicians, policy makers, and patients, but as with many issues in public health this may be a long and arduous march.