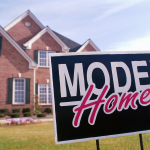 Why are so many mold problems found in newer homes? Some theorize the housing boom a decade ago resulted in too many homes going up too quickly. The Columbus Dispatch featured an article on this very issue a couple of years ago. The article, titled “Newer, poorly constructed homes more likely to harbor fungus,” quotes David Stubbs, a specialist in building systems and indoor air quality. Stubbs believes new-home mold problems often come down to poor workmanship.

“If I built a house 80 or 100 years ago, I was a true craftsman,” said Stubbs, who lived in central Ohio before becoming director of facilities planning and construction for Clarke County Schools in Georgia. “I’d build one house a year. … We don’t build like that today. We take shortcuts.”

Other explanations for the rise of mold problems in newer homes include:

• Oriented strand board, which became a common sheathing material for homes about 20 years ago, absorbs and transfers water more readily than plywood, which was the sheathing of choice for older homes. Even when plywood is used today, it is more likely to be three-ply plywood instead of the four- or five-ply used in earlier homes.

• Stucco is thinner than it used to be, with less cement, and is frequently poorly installed, with two thin coats instead of three thick ones.

• Many homes built during the housing boom used a paper vapor barrier, which can be difficult to properly install, instead of Tyvek or other wraps commonly used in the past few years.

• Newer homes are typically built in empty fields, offering no protection from wind, rain and sun – especially a problem on western exposures.

• Homes built in the past 20 years tend to be tighter than older homes and therefore more likely to trap moisture inside if not properly ventilated, creating what Tom Flood, the president of Air Technology in Hilliard, calls a “giant petri dish.” This was especially a problem in the 1980s and ’90s, when builders commonly put plastic between the studs and drywall as a moisture barrier.

• During the housing boom, homes didn’t receive the attention from swamped inspectors that they might have otherwise.

Steve Verssen, owner of Vertech, a Cincinnati inspection service that has been involved in central Ohio mold cases, recalls teaching a group of home inspectors three or four years ago in a Columbus-area home under construction. A building inspector drove up, jotted down some notes on a clipboard and drove off, without ever approaching the home.

“When things were busy, that’s what happened,” Verssen said.

He thinks some mold problems might be caught if inspectors scrutinized the envelope of a building before it is covered by siding – including the sheathing, the weather wrap and window flashing – in addition to the mechanicals and structural items. (Some city inspectors examine building envelopes, but such inspections are rare.)

Zacks (Benjamin Zacks, a principal in the Zacks Law Group in Columbus) agrees and urges homebuyers to test for mold or moisture if they have any doubts, even if the home passed city inspections.

“People think if the house has a bill of occupancy, it’s safe,” he said. “But it might not be.”

Homeowners who do find mold and hope for relief from their insurance companies are likely to be disappointed. According to the Ohio Insurance Institute, most companies dropped standard mold coverage from their language eight or 10 years ago because of the volume of claims.

The Difference You Make Markers of Aging