The Smiles of the Invisible Heroes 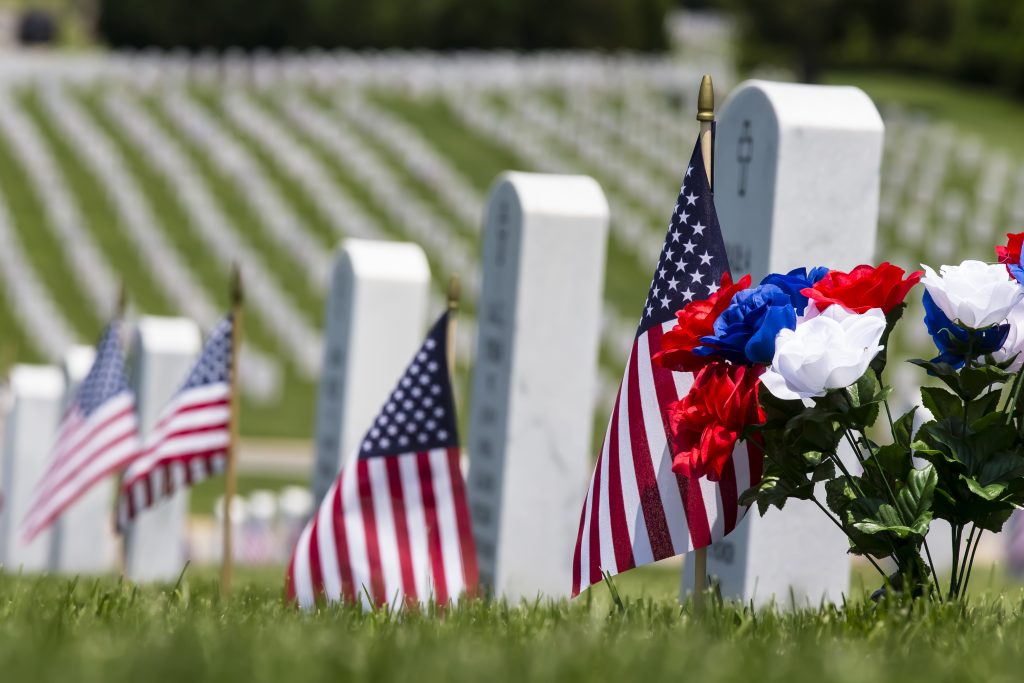 I’m sitting at my home office desk where I have been for the past 10 weeks. It is hard to imagine I am experiencing some of the same emotions and impact as the entire population on earth. I remember hearing from my parents about their parents and how World War I and World War II were global events. Feelings of fear and dread often creep up. My wife Sherri, living over three decades with MS and Lyme disease is high risk. Thank you Covid!! I think of parents and their children and their thoughts of mortality. It reminds me of hearing about nuclear drills in schools in the nineteen sixties and the fear of total world destruction. How does one cope during this time?

Today is Memorial Day, May 25th, 2020. Heather Ehle, CEO and Founder of Project Sanctuary and the 2014 IDA Invisible Heroes® Award recipient, noted on May 25, 2019 in a 7NEWS Facebook Post comment,

Memorial Day is not “Happy” and it is not a “Celebration”… And it is not the day to thank Veterans (That’s Veteran’s Day). This can be a really tough weekend for most veterans, families of the fallen and Gold Star families. Memorial Day is a time of remembrance and respect for those that paid the ultimate sacrifice and died to protect our freedoms, because of combat or suicide. And a day of gratitude to their families that they left behind.

I agree with Heather and Memorial Day is a day of remembrance. I am moved by the ‘invisible heroes’ among us who find passion and hope in the midst of tragedy and they use it to uplift and support others living with the loss of a loved one who served in uniform. The 2020 IDA Invisible Heroes® Award recipient is Major Bonnie Carrol (Ret), the President and Founder of TAPS.

Noted in the Blacktie Colorado, Bonnie Carroll, Have You Met article,

In November of 1992… Brigadier General Tom Carroll was killed, along with seven other soldiers, in an Army National Guard plane crash. In the aftermath of her husband’s death, Bonnie Carroll struggled to find support among others who could understand the pain of her grief.  It was surprising to find that this sort of program didn’t exist.  So, Bonnie set about creating the Tragedy Assistance Program for Survivors (TAPS), the kind of organization that would be there for all those grieving a death in the military.

“Remember the love, celebrate the life, share the journey.”  It’s the motto of TAPS and it means that we must remember the amazing love that was in our lives, honor the life and service of our loved one, and come together as a community to support each other.

“This one day in May is an opportunity for America to come alongside our families to remember and honor their loved ones’ service to this nation and recognize we live in this country because of the men and women who put on the cloth of our nation and protect and defend us,” Carroll says.

I also take the time to pause and remember my friend, Fmr Capt, Luis Carlos Montalván who was the first Invisible Heroes® Award recipient in 2011 and who succumbed to his invisible wounds of Post Traumatic Stress Disorder (PTSD) and Traumatic Brain Injury (TBI) in 2016. Luis was a fighter during and after the war. He focussed on fellow veterans who needed the support of Service Dogs to help them get through each day and get some relief from the mind numbing effects and sensory overload of PTSD. Luis captured his personal journey with his Service Dog named “Tuesday” in the New York Times bestseller, Until Tuesday: A Wounded Warrior and the Golden Retriever Who Saved Him.

Today is also the start of Keep Smiling Week, 2020. Smiles play a huge role in remembering our loved ones. Barry Shore, known as The Ambassador of Joy, who has made a long recovery journey from becoming a quadriplegic in 2004 from a rare disease, Guillain-Barré Syndrome. 16 years later, Barry still requires assistance climbing stairs and he uses a 6 foot ‘Walking Wand” to move around. Barry started the The Keep Smiling Movement “to foster, promote and spread JOY, Happiness, Peace & LOVE.” He has sent millions of Keep Smiling cards around the world in 27 different languages. He also has cards that say “Did I tell You Today How much I Appreciate YOU?” and “EVERYONE You Know is Fighting a Battle You know Nothing About. Be Kind. Always.”

According to Ken Rochon, co-founder of the The Keep Smiling Movement along with Barry, notes in his book, Science of Smiles: The Chemistry & Psychology of Happiness – 2nd Edition,

Smiles are contagious. Mimicking smiles is a vital part of understanding the connection between smiling and happiness and the social bonds these facial expressions forge. Our ability to mimic a smile greatly influences our ability to determine if others’ smiles are genuine. Without the ability to reproduce it ourselves, it is difficult to connect through smiling. In addition, whether a smile is genuine or not can influence how we react to the person who is smiling and whether it influences our own happiness level.

As I mentioned, smiles are one of the things people remember most about their loved ones who served our country proudly. Lauren Lantry from ABC news reported in his article, Military families share Memorial Day with nation mourning coronavirus losses,

Lance Cpl. Noah Pier was killed in action in Afghanistan on Feb. 16, 2010. It was the 25-year-old Marine’s second deployment. Monday marks the 10th Memorial Day that his parents, Vikki and Mark Pier, have celebrated and honored their eldest son, and grieved his loss.

Vikki and Mark Pier try to visit Arlington National Cemetery as often as they can. Due to the coronavirus, they won’t be able to visit this year on Memorial Day. “There’s no way we would not celebrate it — (that) we would not honor him — even with this COVID.”

While the whole family cannot gather as they have in previous years, they will all be taking time to remember. “Noah,” she said, “was a tall, loud young man, known for drinking coffee and learning to cook so he could always eat well — pumpkin pie, cheese cake and lasagna were some of his favorites. He always rooted for the underdog, loved music and sang with all his heart.”

“You could never catch him without a smile on his face,” Mark Pier said. “He was a joy to raise. He was, they said, a proud Marine.”

“Remembering my father has special meaning this Memorial Day” said Star-Ledger Columnist Jerry Izenberg in his column showcasing a photo of his father from the beginning of the first World War.

To a set of eyes riveted in a new millennium, the uniform he wears appears to be on leave from another world. The boots are high and polished, the trousers tucked inside. The high-collared fatigue jacket is buttoned from waist to throat and tightly sculpted to his torso. Tilted ever so slightly on his head is the high-crowned, broad-brimmed campaign hat.

He was my father, and the day the picture was taken, his trench-mortar battalion was about to leave for what was known in World War I as ‘the front.’ He would return deaf in one ear.

As I do every Memorial Day, I will take the picture down from the shelf next to my desk. The older I get, the more I understand its meaning. The man in the photograph is perhaps no more than 24 hours removed from a date with the kind of timeless terror we still cannot eliminate nearly 100 years later. But the face in the picture has a gentleness that belies what awaited him.

His irrepressible smile seems just a heartbeat away. It was the ‘smile’ the war could not kill, the Great Depression could not kill, the fumes in the dye house, where he sometimes worked as often as seven days a week, could not kill and the things he wanted to give his family, but couldn’t, could not alter. The ‘smile’ was his legacy to us, and even in the toughest of times, he also gave us the gift of laughter.

Let’s take the time this Memorial Day and remember the ones we have lost, remember the impact they had on our lives and so many others around them. Maybe their memory will bring you a smile. And maybe you can pass along that smile to someone else, showing you care during this time of fear and isolation. As Barry Shore says, “S.M.I.L.E – Seeing miracles in life everyday.” Take the time to be a miracle for someone else today. Reach out, smile, tell them you love them especially in these days of loss and mourning. Especially today on Memorial Day 2020. Support and remember the “invisible heroes” among us. I believe, “The eyes are the windows to the soul, a smile is the reflection of the heart.” Reflect your heart to someone today.

During Covid-19 Virus: How Employment Options and Ticket to Work Can Help Those on SSDI or SSI The Hidden Free Federal Program That Provides Free Job Placement Help to Job Seekers on SSDI or SSI