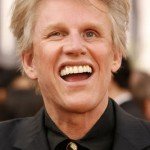 Actor Gary Busey joined Donald Trump’s hit TV reality show, “Celebrity Apprentice,” this season. On the episode that aired March 21st, Busey took on the role of project manager for his all male team, Team Backbone. The challenge was to create a display “camping experience”  for Camping World.

Although there were several hurdles the team experienced, Busey’s team won the challenge. The prize was a $20,000 donation and $20,000 in goods from Camping World to his chosen charity, The Center for Head Injury Services in St. Louis, MO.

Busey began his movie and television acting career in the 1970’s. He was nominated for his role in the movie “The Buddy Holly Story,” as the Big Bopper in 1978.

In 1988, Busey had a serious motorcycle accident in which he sustained a fractured skull and permanent brain injury. That is why Busey chose a charity that helps those living with brain damage due to head injuries. Watch video interview with Busey as he elaborates about his choice.  The Center for Head Injury Services wrote:

“Life after a head injury is never the same. Survivors of traumatic brain injury are usually left with life long cognitive and physical impairments. They find themselves separated from the world.”

Busey is notorious for his impulsivity and unusual personality. On the show, fellow team members often complain that he is unable to “focus.” However, what people often do not understand is that with traumatic brain injuries:

“Depending on the part of the brain affected and the severity of the injury, the result on any one individual can vary greatly. Personality changes, memory and judgement deficits, lack of impulse control, and poor concentration are all common. Behavioral changes can be stressful for families and caregivers who must learn to adapt their communication techniques, established relationships, and expectations of what the impaired person can or cannot do” (Family Caregiver Alliance).