Musician Donates Song in Support of Others Living with Invisible Disabilities 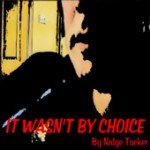 Nigel Cutter, who usually goes by Nidge, is a man from the United Kingdom who loves his music. Nidge started playing the guitar  in his twenties. Ten years ago, he returned to school for a Higher National Diploma (HND) in music, but became ill and was unable to complete the course; he battles COPD, Asthma and a stress related illness similar to Bi-Polar Disorder. Nidge told IDA, it is “nothing compared to those that have MS or POTS so in a way I don’t suffer at all.”

Nidge still writes, plays and records his own music through his independent label, BlackBirdCottage, as well as posts his music and videos on his YouTube Channel.

With a heart to reach out to others, Nidge recently wrote, performed and recorded a song titled, “It Wasn’t By Choice” and dedicated to his friend, Dr. Margaret Ferrante, who lives with Dysautonomia. Nidge also extended his kindness by offering to give the proceeds from sales of the song to IDA.

Thank you, Nidge and all those making a difference in the lives of others, in the midst of their own pain.

ORDER THE SONG by Nidge, “It Wasn’t by Choice” on iTunes and the proceeds will go to help IDA continue to reach out to millions around the world living with illness, pain and disability. Or give a donation in any amount.

DISCLAIMER: IDA has no affiliation nor contracts with Nigel Cutter.

Perseverance is a Long Word Facing the Mountain of Loss: Losing a Friend