It’s Your Own Fault 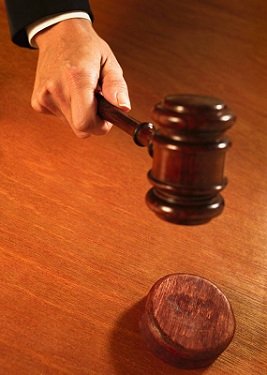 Have you ever heard the words, “Well, what do you expect?” when someone learns that a person is living with illness or pain caused by an injury from their job or hobby. Maybe that person’s job was full of risk, such as working in a gold mine as highlighted on the Discovery Channel’s show Gold Rush, or on a crab boat similar to Deadliest Catch.

Maybe they played sports and received multiple concussions and are impacted by the long-term effects or repeated head injuries. Former Colorado Avalanche hockey player Scott Parker knows this firsthand. According to Adrian Dater, a reporter for The Denver Post:

Scott Parker lies in bed, dreading what might come next. Soon after awakening, his ears ring so loud they seem like the equivalent of 100 fire alarms. Waves of nausea wash over him until he vomits. His eyes glaze over.

One of the toughest men to ever play in the NHL is knocked out, not from an opponent’s punch, but from simply getting out of bed.

Nearly six years since he retired from the NHL as one of its toughest enforcers, Parker is finding everyday life a more fearsome opponent than any he dropped the gloves against. Some days he feels fine. Many days he finds himself paying the price of years of blows to his head. The 6-foot-6, 245-pound Parker — nicknamed “The Sheriff” as a player — frequently is debilitated by seizures. He has to wear sunglasses most of the time because too much light can bring on headaches that leave him incapacitated. When Parker looks down, he cannot “track” objects. Otherwise, he gets dizzy and nauseous.

Or maybe it’s working as a stuntwoman, such as Leslie Hoffman, who noted:

As a stuntwoman, I expected to get bumps and bruises, much like any other physical career (i.e. football players, hockey players, etc.) I also have had explosions go off near me or actually had small explosions put on my body to make it appear as if I had been shot, much like our soldiers.

Little did I know, whether the director wanted me to hit my head, like the dead cook in Clue, or I made a slight miscalculation on my part and ending up hitting my head, that I would end up with PCS (Post-Concussion Syndrome), TBI (Traumatic Brain Injury) and PTSD (Post-Traumatic Stress Disorder).

When people are injured doing high risk jobs and we find they are suffering from injuries sustained as a result of those jobs, we have a tendency to not have compassion for them because “it’s their own fault.” Furthermore, because of the invisible nature of their illness, we often do not believe them. If we do actually believe them, we either blame them causing them shame or dismiss their issues altogether.

Yet, if we know the apparent cause of illness and injury, do we show compassion and care? Or do we turn away and let these individuals fend for themselves? Most people do not take on risky jobs with the intent of becoming permanently injured and disabled. They use all kinds of safety measures and equipment to lessen the risk of injury.

What about the risk of driving a car? I think of those who were injured due to vehicle crashes, such as Dr. Margaret Ferrante and Hannah Andrusky, or from a rock climbing accident such as Angela Pierce. If they were at fault for causing the accident, would we look differently at them and dismiss their injuries just like those who participate in risky jobs and hobbies?

We may believe someone more if there appears to be an obvious reason for their illness or pain. Imagine the lack of belief when a cause of a person’s illness can’t be determined.

In a court of law, people who are charged with a crime are supposed to be afforded the opportunity to be proven guilty. The prosecutor, jury and judge determine their guilt based upon facts beyond a reasonable doubt. If there is reasonable doubt, lack of evidence or no eyewitness testimony, the accused is allowed to remain innocent and go free. Even though the evidence may appear to point to guilt, it must be proven by experts in the law and not by armchair quarterbacks such as us.

This brings up a question in regards to the disability and illness community. Why do people who live with illness, pain and disability and whose symptoms are invisible tend to be looked upon as guilty of faking or lying about their situation? It seems that they are guilty until proven innocent. Although doctors have already determined their condition by spending time with the patient and putting them through tests, we still often believe we know better.

Sometimes our loved one who is suffering has yet to be diagnosed and, in this case, we think, “Well, if a doctor can’t figure it out, then maybe the person really is faking.” Yet, even doctors admit that many patients have complicated cases and a diagnosis may take years and even decades to determine. During this time, the person living with the pain and illness daily continues on in misery while having their symptoms dismissed by friends and family.

Are we all really such experts in accessible parking laws that we can make judgments whether the person parking there has the right to do so? Are we aware of the legal forms and medical proof needed to obtain a placard or accessible license plate, not to mention the shame of having people stare and even yell at you for parking in a space for which you have the right?

What if we see someone in a store with a service dog? Are our first thoughts or words out of our mouths, “Hey, I wish I could bring my dog with me everywhere, too” or “No pets allowed”? A service dog is an assistive device just like a cane or wheelchair and allows the person to function in society with some sense of normality. We have no idea how a person’s life is benefitted by a service dog or all of the amazing services the animal may perform, such as helping with balance, fetching dropped items and alerting to possible seizures or sudden drops in blood glucose levels.

It is time to let our loved one know that we believe him or her when they say they are in pain or have a disability, even though we do not see it with our own eyes. They are the eyewitnesses living every moment in a body wracked with pain and illness. They need to know we love them. We need to take their word when they state they can or cannot do something. We need to ask them how we can help, versus thinking we are their doctor, lawyer or other disability expert, or even them. We should not ignore them or dismiss them even when their actions might have played a part in their injury or disability.

“I’m not really afraid. I just want to get some answers,” Scott Parker said. “For me to have to explain the symptoms to people, they don’t know. I sometimes say, ‘Let me give you 20-plus concussions and then we can talk.’ You just want someone to believe in you, for someone to say, ‘You’re not going crazy, it’s not you.’ They haven’t pinpointed what’s wrong. It’s not conclusive.”

Let’s not be judge and jury and condemn those in pain and suffering to loneliness and isolation, but be their friend, comforter, champion and caregiver. Most people do not ask to be ill and in pain; it is thrust upon them and it is very real. Others may be guilty of participating in risky jobs and hobbies, yet their pain and suffering is also real. Let’s treat them all the same way by helping them to become invisible no more.

This article was first published on Disability.Blog, by Disability.Gov on January 13, 2014.

You’re So Needy My Disability May Be Invisible, But I’m Not