Invisible Challenges with Autism (and other developmental differences) 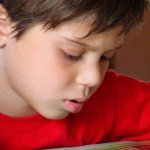 What is Autism? According to the Autism Society, “Autism is a complex developmental disability that typically appears during the first three years of life and affects a person’s ability to communicate and interact with others. Autism is defined by a certain set of behaviors and is a ‘spectrum disorder’ that affects individuals differently and to varying degrees. There is no known single cause for autism, but increased awareness and funding can help families today.”

In 2009, the Centers for Disease Control and Prevention concluded that autism had risen to 1 in every 110 births in the United States.

Lisa Lieberman, licensed  clinical social worker, author and mother of now 20 year old Jordan, said in a television interview with Better TV,  “Autism is a brain difference. … I used the word differences, rather than disorder, because I really think that we have too narrow a view of what ‘normal’ is in our culture”

When a parent discovers their child has a developmental difference such as Autism, they are often faced with denial, fears and concerns that can be overwhelming.

Lisa expressed, “It was absolutely devastating. When a child is diagnosed with a disability, there’s a death that’s occurs. And it’s the death of a dream of how it was supposed to be” (Better TV).

Following the initial shock, parents often find themselves delving into a vast amount of self education, learning of coping skills and application of therapies. It can all be so overwhelming! What’s more, parents often experience the insensitivity and assumptions that occur because of the invisible nature of developmental and sensory issues.

It is not that a person who is trained or aware of these challenges cannot see signs of Autism or other conditions. However, in many cases, the average onlooker or passerby has no idea the child contends with these struggles; therefore, when they see behaviors that seem inappropriate for the child’s age, moms and dads often get disapproving looks or even admonishment for their lack of parenting.

Lorena Burgan, mother of 7 year old Colin said, “People look at you like you’ve got three heads, like, ‘Why is that child misbehaving?” She added, “When you have a child with a physical disability, they look at you and feel sorry for you, because they can see the disability. Autism is an invisible disability. What they see is this child having a temper tantrum and you’re a bad parent” (Sault Star).

Sadly, parents and children living with Autism and other developmental differences may not only be dealing with the losses, hurdles and additional financial battles, but also the judgment from society. Like many living with invisible disabilities, people often assume the disability is a behavioral or personality issue. Therefore, let’s not be quick to assume a parent is failing or a child is simply out of control.

Autism mom, Karma Jones added, “People make your already hard life harder. They pass judgment, they make comments, they give you dirty looks. Like going out, I’ll be at the grocery store or any other public place and people stare at my kids, they give me dirty looks or give my kids dirty looks, because they just assume because my children look normal, that they are normal and that I just can’t control my kids” (Karma Jones).

In all, we should all learn the most important lesson of all and that is to not judge others by their appearances. By looking at people, we cannot possibly know the hurdles they may face daily, whether or not their challenge is obvious to us. The bottom line is that every person on this planet is one-of-a-kind, has purpose and is extraordinarily valuable.

Lisa interjected, “I used to say something’s wrong with Jordan. Now I don’t look at it that way anymore. Something is different; something is unique about him.” Lisa added, “… Jordan’s my greatest teacher; my deepest pain, but always my greatest teacher. And I wouldn’t trade him for the world now. He’s just turned into a really fine human being that has so much to offer. And he feels good about himself and isn’t that our ultimate goal as parents” (Better TV).

After all, human beings are not all cookie-cutter perfect nor the same. We all have different weaknesses and strengths. Therefore, instead of expecting everyone to fit the same mold, let’s look for each person’s individual, exceptional qualities and show them our admiration for their courage in the midst of their hurdles.

A Stranger Among Us by Lisa Lieberman, MSW, LCSW.

Autism Society Applauds the Introduction of the “Safe Chemicals Act of 2011.”

The Autism Society Calls for Awareness and Action this April to Support 1 in 110 People with Autism in the United States.

ANOTHER GREAT STORY FROM IDA: