IDA On the Air with Colorado and Company KUSA-TV 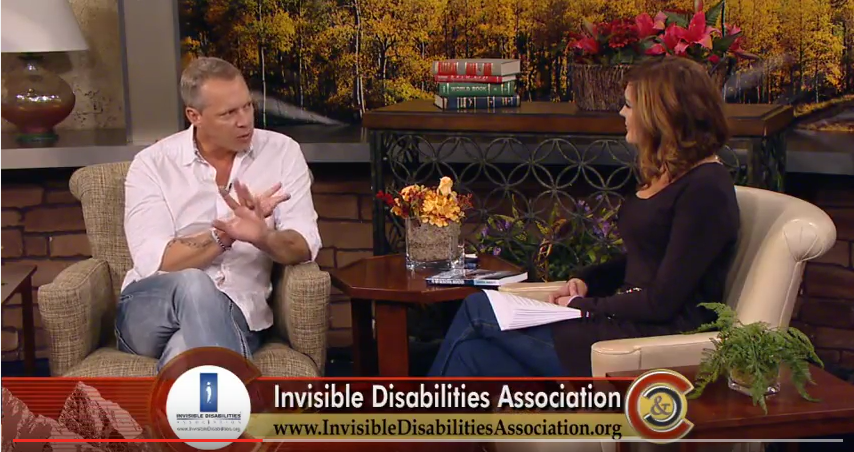 Derek talks about invisible disabilities and the Invisible Disabilities Association. He also shares his story of how he is one of only 30 known people who became “Acquired Savants” after a head injury. Derek is the only person known to acquire the ability to play an instrument.

Derek tells Denise about meeting Jazz Singer, Mandy Harvey and teaming together to product the single, “The Script.” Mandy is an IDA Ambassador who lost her hearing in college. Despite all odds, she continued her love for music and is now a singer, songwriter and motivational speaker.

Colorado and Company with Denise Plante and Derek Amato

Derek also tells the listeners about that evening’s event, in which he would be the Featured Entertainment, the 2015 Invisible Disabilities Association Awards Gala. At the IDA Awards Gala, 9 incredible people and organizations were honored for their inspiration, perseverance, passion and work.

On that same day, IDA also presented the Brain IDEAS Symposium, in which 9 amazing doctors, practitioners and experts talked about the brain, therapies and protocols.

All in all, it was a fabulous week of awareness, education and support for people living with debilitating illness, pain and injury, loved ones, doctors and the world at large! Join us next year!