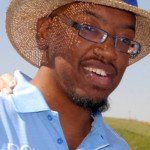 The Invisible Disabilities Association (IDA) will present Jason Graham with the Inspiration Award on 10-10-10 at The Denver Marriott South.

Jason was chosen because of the volunteer work he has done through the Daniel Graham Foundation (DGF), as well as his perseverance through his own personal health struggles. DGF is a foundation that supports families by influencing youth and focusing on health, education and community service. Jason had brain surgery for a pituitary tumor in 2003,  a kidney transplant in 2006 and is now in need of another transplant.  Jason loves his family and has a passion make a difference in the lives of others. Although Jason lives with severe fatigue and pain, he always has a nice smile for those around him.

“It is an honor to be recognized and appreciated by the Invisible Disabilities Association,” said Jason. “By telling my own story, I hope to bring greater awareness to those with chronic medical conditions and encourage others who find themselves in similar situations.”

Jason’s brother, Daniel Graham, who is a Denver Bronco was among many who volunteered to donate a kidney to Jason.

“I knew he would do it, because I knew all my siblings would,” Jason said. “So that really wasn’t much of a surprise. Deep down, I knew if it came down to Daniel donating, and it was an issue of saving his career or not saving it, I would have had him as the very last resort because I wouldn’t want to see him give up his career” Jason explained. The Denver Post 2007. Great to be a Graham.

UPDATE: At the 2010 IDA Awards Banquet, Jason received a standing ovation and cheers when in his speech he thanked his mother, family, wife and son then gave his Inspiration Award to his bride. There wasn’t a dry eye in the place.
Check Out All of Our Incredible 2010 Award Recipients!
Superb Videography and Photography in Colorado IDA President on the Mac and Doog Radio Show September 29, 2010