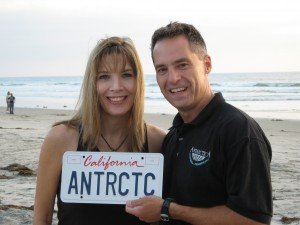 Have you ever shared details about your chronic illness and pain and the difficulties you experience daily, and had a person say in response, “Well, but you LOOK good?” Many people have experienced this situation and heard similar phrases that seem harmless, unless you are the one who would give up “looking good” any day to have moments of feeling good.

As my wife, Sherri, explains “Sometimes it’s what people say that hurts more than the illness.” Most people do not say mean things on purpose, yet the things they say can come across as uncaring to a person journeying with illness and pain. Living daily with illness, pain and disability truly is a lifelong expedition. As with any expedition, we need to learn the language of the place we will be visiting. We need to learn what to say and what not to say in order to make sure we don’t end up lost or accidentally insulting someone.

In order to address and teach this new language of invisible disabilities, I wrote a booklet called, “But You LOOK Good, How to Encourage and Understand People Living with Illness and Pain.” It includes many ideas gleaned from my wife’s journal. It will help you to learn how to converse in your relationships with people touched by illness, pain and disability.

Mike Pierce (AKA Antarctic Mike) has learned this language of invisible disabilities. Here is his story.

“Angela and I have been married for almost 21 years. To most people, she is a very ‘normal’ looking young lady. Of course, I think she’s much prettier than average (ha ha). She drives a car, reads, has friends, is not missing any limbs, is not in a wheelchair and seems able to perform the functions of daily living, like most of us. If you were in a conversation with her or sitting next to her, you’d probably see her like any other woman her age.

Because she looks healthy, you’d likely think she was a working professional; probably a mom; someone who enjoys traveling, sports and other activities in which most people participate.

However, looks can be deceiving. You see, the truth is that Angela survived a 125 foot freefall in a rock climbing accident, breaking her bones in 168 places and requiring more than 40 surgeries. She has hepatitis C from a blood transfusion, a pituitary mass in her brain, Post Traumatic Stress Syndrome (PTSD), kidney failure, has been on dialysis and the organ transplant list and takes more medication than most households do. On the outside, Angela looks just fine.

On the inside, she’s challenged beyond description. The difficulty is that her disabilities are completely invisible, unless you see her compound fracture scars and the skin graph on her legs.

One thing I’ve learned during our 21 years together is that she has different needs and communicates about what those needs are in a very different way than I would have ever expected. During the early years of our marriage, we would fight loudly more often than I’d care to remember or admit. She would get very upset at me over things that I had not done and things I did not understand. I took those comments personally and took my shots back at her, fueling the fire further. I’ve thrown telephones, cereal boxes and other things across the room in anger. One night in a parking lot outside a bowling alley in Denver, a police officer overheard our arguing and came up to ask us if we were okay. We calmed down quickly after that.

What both of us learned after many of these arguments is that what Angela was initially upset about was not the real issue. It was something else that was related to the difficulty of living with various invisible disabilities. It was not me, anything I said or did, but what she was going through. We did not realize that we needed to grow in our ability to speak and understand a different language. I’m talking about the language of invisible disabilities.

It’s not an easy language to understand, as you have to think, be very patient, not take comments personally, listen more and not try to answer questions and solve problems immediately. Often, people with disabilities or chronic pain just want to talk in order to express themselves and let out the pressure that builds up inside them. Questions they ask, comments they make and issues that seem to bother them are not necessarily the genesis of the problem. That’s okay. I’ve learned to just let Angela get it out without me interrupting her, fixing her or commenting. This takes tremendous patience and self confidence on my part, as the knee jerk reaction is to take things too personally, wondering what I did or said wrong.”

The expedition will be long and tough, yet rewarding, as Mike has shared. The language will sometimes be somewhat familiar and other times very different. The best teachers of this language of invisible disabilities are those like Angela and my wife, Sherri, who live daily in the land of illness and pain. Learning the language is the first step to becoming expedition ready. Join the expedition!

This article was first published on Disability.Blog by Disability.gov. March 14, 2012.

Antarctic Mike and Angela Special Guest Speakers at the 2012 IDA Honor Awards Gala! They shared their compelling story and key things they have learned for him as a caregiver, for her as a survivor and for them as a couple. Watch the video above.

Wayne Connell, founder and president of IDA interviews Antarctic Mike about the aspects of preparing for the journey of caregiving for the Allsup Webinar. Watch video above.

Looks Can Be Deceiving on Disability.gov

What’s So Funny About on Disability.gov

What to Say, What Not to Say and How to Help People Living with Illness and Pain 2012 Online Disability Expo Now Available Through December 26