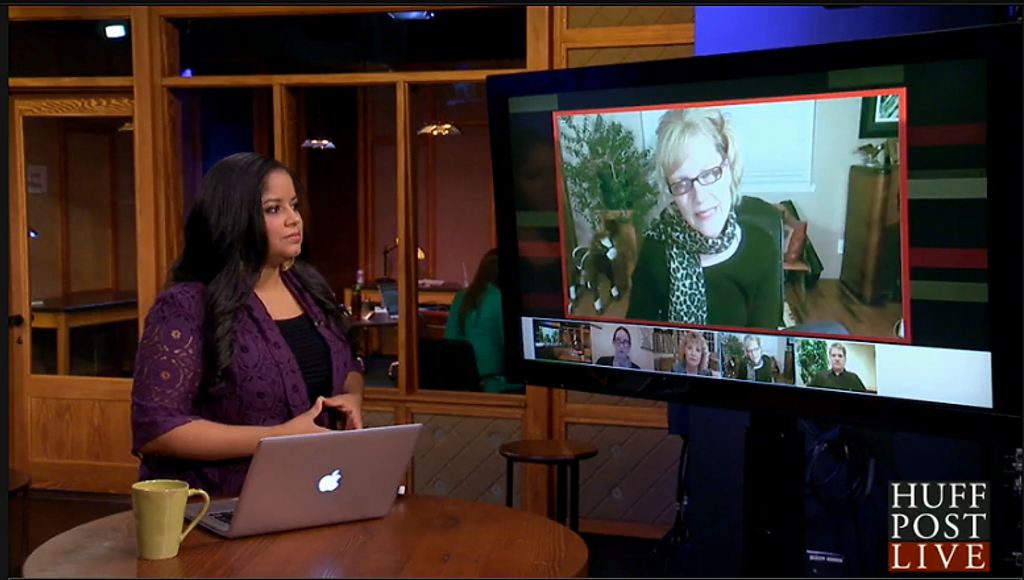 HuffPost LIVE produced by The Huffington Post a video interview and article with Wayne Connell, the founder and president of the Invisible Disabilities Association (my hubby) and me.

The show was titled, “A Tick Bite Changed My Life Forever” and was hosted by Nancy Redd.

Holy Toledo! How cool is that! As of today, it has 117,771 views! Although I mention Lyme, the interview is really about ALL living with debilitating illness and pain, no matter what their diagnosis. Most of all, it is about helping friends and family better understand.

Sherri Connell, who suffers from Multiple Sclerosis & Lyme Disease, and her husband Wayne Connell, the Founder & President of Invisible Disabilities Association, joined HuffPost Live to tell Nancy Redd Sherri’s story of contracting her illnesses through a tick bite and how they have turned it into a positive thing by founding an organization to help those with disabilities.

“When I was fourteen I was bit by a tick but at the time I didn’t know it,” Connell told Redd. “But, I started feeling chronic pain soon after.”

“I fell in love with her and we got married in ’94. And in ’96 she coined the phrase, “Invisible disabilities,” said her husband Connell.

The show was produced by the Huffington Post with excerpts from the HuffPost Live episode from December 11, 2012 entitled, “Not Handicapped Enough.” Interviewed for this segment was Wayne, Karyn Buxman, RN, MSN and Elsa Sjunneson-Henry and was hosted by Nancy Redd. Read full story!

Watch the 3 minute show, “A Tick Bite Changed My Life Forever” below! Share it with friends, family and groups to increase awareness and send a message to the media that these are the kinds of articles people want to hear and read about!