Wired Together: Brain Retraining and Neuroplasticity

I am sure you have heard the phrase, “you can’t teach old dogs new tricks.” People usually make this comment when we find out some habit or trait about a person and we believe, that’s just the way they are, or when we are trying to teach someone something new and it doesn’t seem to be catching on.

Animals are trained to perform certain tricks or to behave in a certain way until it’s ingrained in them. Over and over and over again until they get it right and it becomes second nature to them. Try teaching a dog to “not sit” once they have learned the command “sit!” I guess we could possibly teach them to stand versus to not sit. Sounds complicated to me and probably hard to teach especially after many, many dog years of sitting on command. This is the reason why it is tough to teach an old dog new tricks or almost impossible to unlearn existing ones.

As humans, we are in the same boat. I have some habits that I have been trying to break for years and while trying to create new ones: for example, to stop eating so much sugar and start exercising more. After decades of eating too much and not exercising enough, changing my brain has, let’s say, been quite difficult. And as I have told my wife, I’ll try somehow because I’m not getting any younger or lighter and I know what’s best for my long-term health. And yes, illness can play a huge factor in weight gain or loss issues – I’m just talking about me personally. I love sweets! What can I say?

A big part of my struggle has to do with the way my brain has been wired since I was a kid. We always had snacks after school and dessert after meals. That’s the way it was! Is it possible to rewire my brain or yours to help us change habits or overcome trauma or maybe even some illness or disability we are experiencing? Hebb’s Law roughly translated is that two neurons that fire together, wire together. I have spent many years wiring those oh-so-sweet neurons together and therefore my brain is telling me, eat dessert first, always eat dessert and the bigger the better!

Neuroplasticity, a Process that Can Help Change the Brain, Highlights Wired Together Symposium

Can my brain be changed? Yes, I believe it can through a process scientists have discovered about the brain called neuroplasticity.  According to Heidi Hanna, Ph.D., in her book, “The Sharp Solution: A Brain-Based Approach for Optimal Performance”:

Thanks to advances in technology that took place about two decades ago, scientists have discovered that the brain isn’t actually “hardwired” after all. Pioneering neuroscientists demonstrated that through the right type of training, people could relearn abilities they’d lost through severe brain damage, with different parts of the brain taking on new roles in the operation of the body. This discovery, known as neuroplasticity, means that the brain is radically adaptable when given the right stimulus, and allotted an adequate amount of recovery. The existence of neuroplasticity doesn’t just mean that we can heal the brain. It also means that we can potentially rewire existing mental maps — which are the connections between brain cells-so that they function in a way that best serves us, thereby leading to optimal health. happiness, and performance.

There is Hope for Breaking Bad Habits and Creating New Ones, says Wired Together Speaker

I now have hope in being able to finally break some of those bad habits and create new ones thanks to my brain’s neuroplasticity. Daniel Amen, M.D., the founder of the renowned Amen Clinics says:

“Many people think our brains are set in stone, but in fact our lifestyles and l 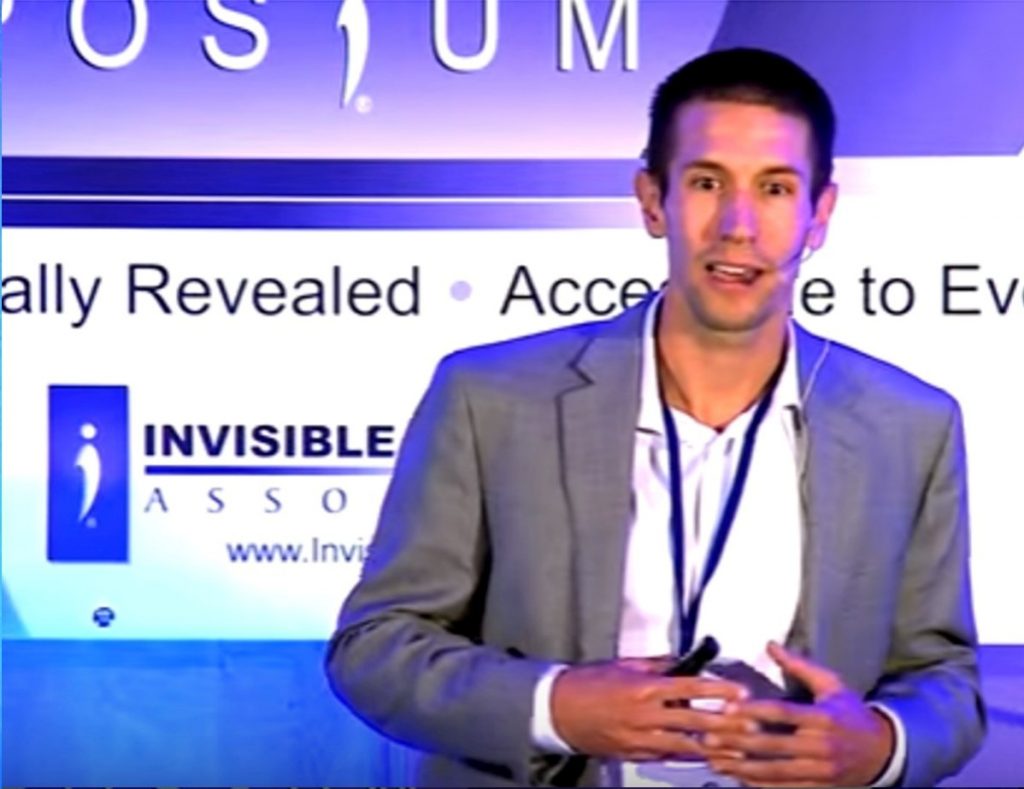 ife circumstances always affect that three-pound organ in our head. Brain changes result from many causes, including developmental experiences, emotional traumas, substance abuse, physical brain trauma, infections, and many other things. Your brain can and does change because of stress—for example, we know that cells in the hippocampus die when an individual experiences prolonged stress—and therein lies the risk of more negative changes in a person’s life when they don’t listen soon enough to their too-busy brains. In fact, according to a comprehensive survey conducted by the National Institutes of Mental Health, more than half of Americans are expected to develop a mental illness in their lifetimes. Calming your busy brain reduces the chance that things will get worse.

“But if brain change can be for the worse, it can also be for the better. The great discovery of what we call self-directed neuroplasticity is that the brain is not fixed, but rather in constant flux, and that you can actually change your brain for the better. Circuits can be rewired; brain maps can be redrawn. New neural pathways can sprout to accommodate new functions or new environments. Whatever your experiences in childhood and beyond, it is possible to learn new ways of thinking, reacting, and behaving; new patterns can be established.”

Considering How to Activate Change in the Brain at Wired Together

It does seem that maybe we can now teach an old dog new tricks. Of course, I need to do something about it. I can’t exercise more by sitting all day. I need to be active in the change. I need to add data to my brain that help’s rewire it. I need to start firing new neurons about the joy and health benefits of exercising. John Arden, Ph.D., author of “Rewire Your Brain,” states:

“Neuroplasticity is what makes memory possible… the point is that the brain changes its synapses when you remember something new. The brain would not be able to record anything new if it were hardwired. Remembering something new is, therefore, rewiring the brain. By making connections between ideas or images, you also make connections between the neurons that encode those ideas and images.”

Neuroplasticity illustrates the phrase “Use it or lose it.” When you use the synaptic connections that represent a skill, you strengthen them, and when you let the skill lie dormant, you weaken those connections. It’s similar to the way that your muscles will weaken if you stop exercising.

Cells that Fire Together are Wired Together

I am eagerly anticipating the changes in my own life, such as increasing my exercise and enjoying 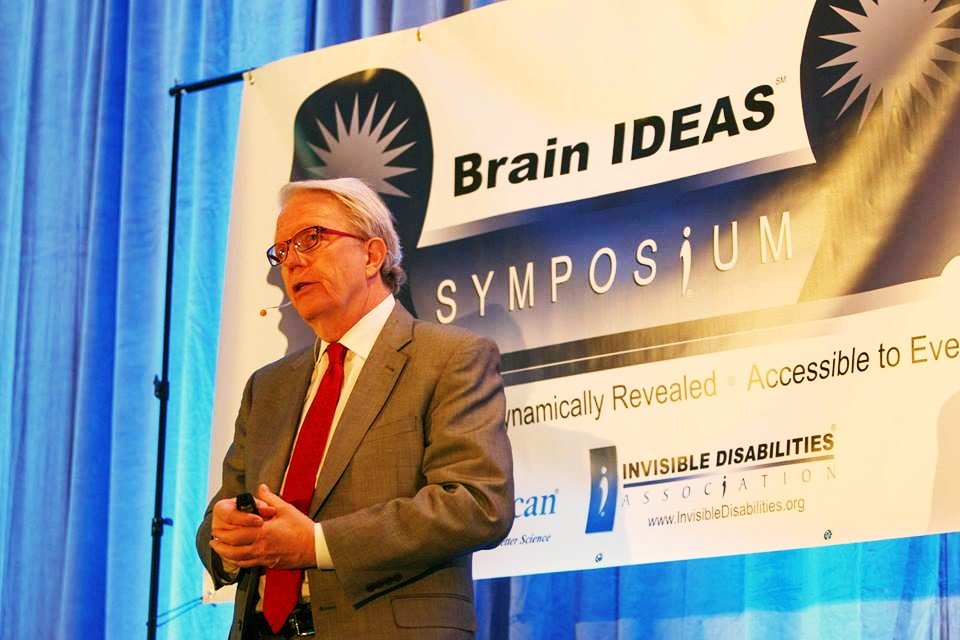 sweets less frequently. I am even more thrilled to see the increasing focus on changes in the lives of those living daily with sometimes devastating effects of illness, pain and trauma by the leading brain doctors and scientists of today.

The focus on the brain is also helping children with ADHD, ADD, dyslexia, autism and learning disabilities. Bruce Wexler, M.D., in an interview on medium.com mentions that:

“Scientists have started deliberately harnessing neuroplasticity to treat illnesses of the brain, improve education in children, and optimize cognition throughout the lifespan. This is the neuroscience foundation of brain training. It is based on principles like ‘neurons that fire together are wired together.’ Neuroscience-based brain-training programs are designed to produce activity-dependent functional enhancement of targeted neural systems.

Understanding all of the scientific terms, treatments, and technologies surrounding neuroplasticity can be daunting at best. The good news is that at the Invisible Disabilities® Association, we are trying to bring together cutting-edge science dynamically revealed and accessible to everyone through our Brain IDEAS Symposiums. IDEAS stands for Invisible Disabilities® Education and Support.

Our second annual Brain IDEAS Symposium will be in Denver on August 5. The four incredible doctors and scientists mentioned above: Heidi Hanna, Ph.D., co-founder of the Institute for Integrative Neuroscience and chief energy officer at SYNERGY who will present on mental training; Daniel Amen, M.D., 2016 Healthy Living Award recipient; John Arden, Ph.D., chief academic officer at the Institute of Brain Potential, 2016 IDA Research Award recipient and moderator for Brain Disorders Panel; and Bruce Wexler, M.D., founding scientist at C8 Sciences, professor of psychiatry at Yale Medical School, 2016 Innovation Award recipient and presenter on ADHD and ADD will be participating in this year’s event along with nine other gifted experts.

Below are the additional 2016 symposium presenters and moderators:

How to Register for the Brain IDEAS Symposium

Go to BrainIDEAS.org to learn more or to register for this year’s symposium. For those who are unable to attend, you can watch online last year’s presentations at 2015.BrainIDEAS.org.

So here goes the retraining of my brain. We can make a change. We can do it together. Let’s help one another and envision a world together where people living with illness, pain and disability will be Invisible No More®.

And I hear chocolate calling my name. Wait, firing the wrong neurons. Oh there is it, my wife says I look good because I have been exercising. Now the right neurons are firing and wiring together! Let’s all be Wired Together!

Copyright 2016 Wayne Connell – This article was first published on Disability.Blog, by Disability.Gov on June 14, 2016.

Wayne Connell, the founder and president of the Invisible Disabilities® Association, established IDA twenty years ago in 1996 out of the desire to educate friends and family about his wife’s debilitating illness. Soon afterwards, people around the globe began sending emails sharing how IDA had changed their relationships with their loved ones. He is co-author of the book, “But You LOOK Good, How to Encourage and Understand People Living with Illness and Pain.” Wayne’s background fueled his passion for helping people living with illness, pain and disability. His experience includes that of a professional, multitasking husband caregiver with an extensive background in management, media and technology. This man on a mission quickly launched IDA into a world-wide outreach for millions living with invisible disabilities.

Make sure you check out IDA’s website for additional resources and stories at www.InvisibleDisabilities.org. Share your personal video story with us at www.InvisibleNoMore.tv. You can also be part of other people’s stories by joining them atwww.Facebook.com/invisibledisabilities or becoming a member ofInvisibleDisabilities.Inspire.com. Join IDA at our 2nd annual Brain IDEAS Symposium on August 5. Invisible Disabilities Week is Oct 16 through 22, 2016. Our 9th Annual Awards Gala, “Jazzed About You” will be October 21.